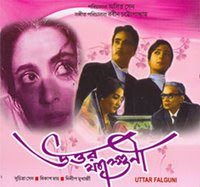 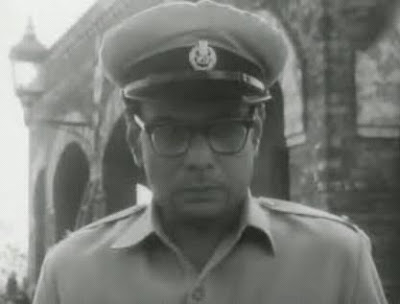 During the golden age of Bengali cinema, that is the 40s, 50s and 60s, few actors had glorified silver screen in the most dynamic manner, such that the following generations were inspired by their dynamism. Chabi Biswas was considered to be the greatest character actor ever to have graced Indian screen by Oscar winning director Satyajit Ray. During that period, Bikash Roy was one of the colourful personalities whose mellifluous voice had enchanted audience of All India Radio and Bengali silver screen for more than 30 years.

Born on 16th May, 1916, Bikash Roy did BA from Presidency College in Kolkata and passed Bachelor of Law Exam subsequently. He was a famous lawyer of Alipore Sessions Court and District court. In 1932, he joined All India Radio under the supervision of Birendra Krishna Bhadra. He also worked in Signet Press. After coming in contact with notable director Jyotirmoyee Roy, he made his debut in the film Abhijatri in the 40s. He came to limelight with powerful performances in the film Bhuli Nai and Biyallish. His villainish andaz of dialogue throwing was used to perfection in the film Biyallish, where he played the role of a cruel officer who tortured Pradeep Kumar and Manju Dey, who were freedom fighters.

In Jighansha in 1951, noted director of all times, Ajoy Kar cast Bikash Roy in the role of an insane botanist who later turned out to be the murderer. The film had similarity with Arthur Conan Doyle’s epic novel The Hound of Baskervilles. Bikash Roy was the member of the Princely Estate, who could not inherit the property of his ancestors and went on killing one generation after the other by employing his relative Manju Dey who seduced the prince played by Biren Chatterji to a marshy land and were planned to be killed. Sishir Batabyal, the actor who played the role of Sherlock Holmes in the film unearthed the mystery. Bikash Roy’s modulation of voice rocked Bengali silver screen and from that time he became one of the leading stars of Bengali cinema. Bollywood film Bees Saal Baad was the remake of Jighansha.

He acted in the role of hero in the film Ratnadeep opposite Anubha Gupta in 1951 directed by Debaki Kumar Bose, Chele Kar opposite Arundhuti Debi in 1954 directed by Chitta Bose, Sajghar opposite Suchitra Sen in 1955 directed by Ajoy Kar, Bhalobasha opposite Suchitra Sen in 1955 directed by Debaki Kumar Bose, to name a few. But within short period of time his ability to play diverse types of characters established him as a powerful character artist. He had contributed in more than 100 films of Bengali superstar Uttam Kumar.

He played the role of eminent barrister in Suchitra Sen’s epic film Uttar Falguni in style. He was the husband of the Suchitra Sen, who was a baijee named Panna Bai, and defended her in a murder case where she killed Kalipada Chakravarty on provocation. He won the BFJA award for the best supporting actor for his dynamic performance. In the 60s, he played different type of roles and most of the performances had been versatile. Some of his landmark performances came in the film Surjotoron opposite Suchitra Sen, Sreeti Tuku Thak opposite Suchitra Sen, Jibon Trishna opposite Deepti Roy, Neel Akasher Neeche opposite Manju Dey, to name a few.

Viewers also remembered Bikash Roy for his stylish English accent that he used in landmark films like Sapmochon, Abhayer Biye, Jotu Griha, Shesh Anka, Chaddabeshi, etc. In some of these films the style was connected with comedy, while in others it had villainish mannerisms attached with it.

He had acted in films of noted directors of Bengal, including Tapan Sinha in the films Aarohi and Jotugriha, Mrinal Sen in Neel Akasher Neeche, Ajoy Kar in Jighansha, Rajen Tarafdar in Jiban Kahini, Haridas Bhattacharya in Indranath Srikanto and Annadadidi, Arogyo Niketan directed by Bijoy Bose, Chaya Surjo directed by Partho Pratim Choudhury. Besides, Bikash Roy made meaningful films as director.

Bikash Roy acted in more than 200 films, and articles after articles can be devoted his different styles of performances in various films. With his death in 1987, Bengal lost one of the versatile actors whose style and diction had remained unparallel.
Posted by Souvik Chatterji at 8:02 AM