Pritam has more responsiblity in 2010. 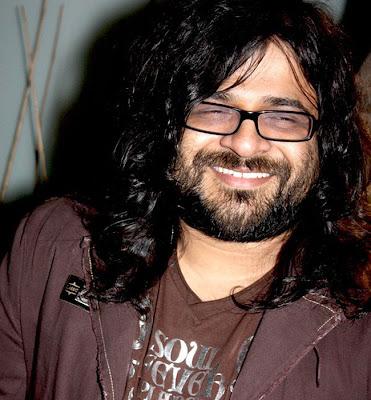 Pritam has more responsibility in 2010.

Composer Pritam Chakravarty, better known as Pritam has more responsibility in 2010. He had competed against the classy composers of bollywood films like Shankar Ehsaan Loy, Vishal Shekhar, Anu Malik, A R Rehman, Salim Sulaiman, Sajid Wajid and created a name for himself within the short career. He is the son of Probodh Chakravarty who runs a music school in Kolkata.

Pritam got involved in a bangle band called Chandabindu and another band called Jotugriher Pakhi and became popular in Bengal with his musical experiments. He joined the Film and Television Institute in Pune and learned sound engineering and at that time he got an offer to compose music in a film made by Hungarian filmmaker Istvan Gaal.

He created a partnership with Chandrajeet Ganguly who is better known as Jeet and composed music for the film Mere Yaar Ki Shaadi Hai. Pritam stormed bollywood with his successful music for the film Dhoom after which did not have to look back.

He has been one of the judges of the Zee TV Saregamapa music competition and has been a familiar personality along with Shankar Mahadevan, Himesh Reshamiya, Adesh Srivastav, Aditya Narayan who are judges and conduct the program for the last few years.

In 2006, his music in the film Apna Sapna Money Money became super hit. Ritesh Deshmukh and Koena Mitra did well in the comedy film. Pritam’s composition for Amit Kumar titled “dekha jo tujhe yaar dil me baji guitar” became super hit. Pritam again struck box-office with his westernized tunes in the film Dhoom 2. The songs composed by him for Suniti Chauhan like “crazy kiya re” picturised on Aishwarya Rai and Hritik Roshan became super hit. All the songs of the film became extremely successful and the film did equally good business just like its music.

In 2007, Pritam’s music in the films Bhoolbhulaiya and Jab We Met became super hit. The songs in Bhoolbhulaiya like “ami je tomar” and in Jab We Met like “mouza re mouza”, “na gara na gara”, etc., contributed a lot in the success of the film. Kareena Kapoor even received filmfare award for best actress for her performance in the film Jab We Met.

The dream run of Pritam also continued in 2008. His music in the film Race had become super hit. Songs like “pehli nazar me aisa jaadu kar diya”, “alla duhai hai” had become some of the most popular songs of the year with the strong screen presence of Katrina Kaif, Akshay Khanna and others. The classy music was followed in the film Singh is Kinng with songs like “dil kho gaya ho gaya kisika”, “singh is king” which again had become bumper hits.

Pritam’s composition for the film Golmaal Returns in 2008 also stormed bollywood with the song “golmaal, golmaal, everything is going to be golmaal”. In 2009, his composition in Ranbir Kapoor Katrina Kaif starrer film Ajab Prem Ki Gazab Kahani had mesmerized the audience. All the songs sung by Atif Aslam like “tera hone laga hoon”, “kaise batayun”, etc., became super hit.

In 2010, Pritam got the assignment of composing tunes in 13 films. That is the reason where he has to show his class. He has to balance the quality of music with the quantity. Some of his films had already being released like Atithi Tum Kab Jaoge, Toh Baat Pakki, Badmash Company. Most of these films received good reviews and the music was also well accepted by the audience.

But the other films are yet to be released like Rajneeti, Khatta Meetha, Golmaal 3, Run Bhola Run, Har Pal, Action Replay, etc. The viewers and listeners expect Pritam to do justice to his name and continue to compose the soft romantic numbers which had swung the hearts of the teenagers in the last few years.
Posted by Souvik Chatterji at 6:48 AM