Review of the film Wake Up Sid. 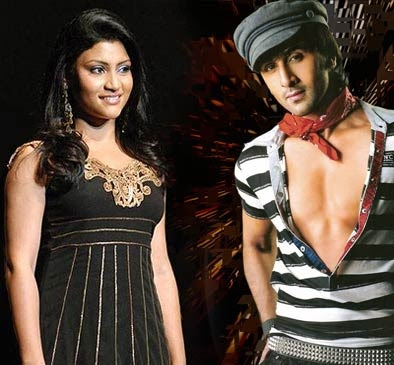 Review of the film Wake Up Sid.

Ranbir Kapoor is seen again in the film Wake Up Sid, which is going to be released very soon. The film had been directed by Ayan Mukherjee and produced by Karan Johar. Konkona Sen Sharma acted in the film opposite Ranbir Kapoor.

Ranbir Kapoor played the role of a carefree college lad, who just understood about responsibilities only after his final year college exams. He interacted with his two friends Namit Das and Shikha Talsania. He hardly told about his affairs to his father Anupam Kher and mother Supriya Pathak.

On the other hand Konkona Sen Sharma played the role of a serious writer who had come all the way from Kolkata to pursue her career as a writer. She was serious, sincere and composed. Inspite of having different ways of lifestyle Konkona Sen Sharma developed a good relationship with Ranbir Kapoor.

While time flew fast in the life of Konkona who was busy with duties, it did not have much in store in case of Ranbir Kapoor. The film took turn after Ranbir Kapoor realized the sense of responsibility that should have been in him after some time.

Ranbir Kapoor and Konkona Sen Sharma did extremely well in the film. The performances were so natural that hardly they appeared to be involved in acting. Rahul Khanna, Supriya Pathak, Anupam Kher and all the supporting actors and actresses did very well in the film.

The music composed by Shankar Ehsaan Loy were not that impressive, although the song “wake up sid” had already become popular even before the release of the film. The other important songs included “life is crazy” and “aajkal zindagi”.

But the film does not have the masala with which it can turn out to be a blockbuster. It is going to do good business.
Posted by Souvik Chatterji at 1:12 PM