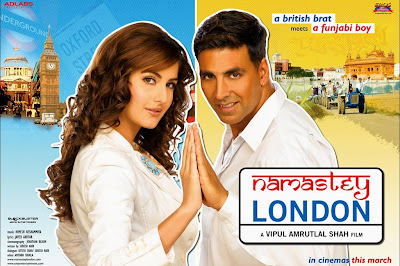 The viewers of bollywood films wish happy birthday to Akshay Kumar on 9th September, 2009. He had been probably the most popular actor of bollywood films for the last 3 years. In fact by performing in every type of films including comedy films, romantic films, action films, he showed his versatility to the maximum level.

Initially he established himself only as an action star and most of his films like Mohra, Mai Khiladi Tu Anari, International Khiladi, etc., where action actions. Akshay Kumar used his skills in martial art to the highest potential to do risky stunts.

But from the time he started acting in romantic films, he gained the confidence of ordinary mass and showed his class. His performance in the film Dhadkan, opposite Sunil Shetty and Shilpa Shetty was appreciated by every section of the audience.

Akshay Kumar’s simplicity in the film Singh is Kinng, also appealed to the masses. He went to persuade his friend who became a don in Australia, to return back to Punjab. But instead, he became sick and Akshay Kumar had to lead the team. Everything happened through comedy sequences.

Akshay Kumar was sublime in his comedy performance in the film Welcome. He was brilliant opposite stalwarts like Anil Kapoor, Nana Patekar, Feroz Khan, Paresh Rawal and others. Akshay Kumar’s dancing skills over the years had also created added flavor in bollywood films.

Although his films Chandni Chowk to China and 8*10 Tasveer released in 2009, did ordinary business, his film Kambaqht Ishq did good business. He is scheduled to bounce back with his performance in the film Blue. The viewers expect him to continue his great work in the years to come.
Posted by Souvik Chatterji at 3:31 PM