Dilip Kumar was matchless in Leader. 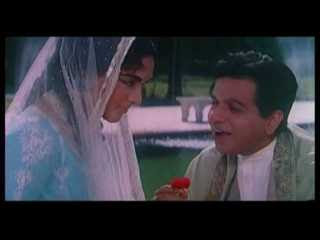 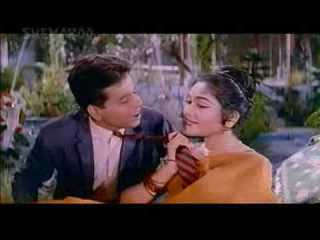 Dilip Kumar was matchless in Leader.

Tragedy King Dilip Kumar had been considered as one of the most dynamic actors that the country had ever produced in its history. In the last 70 years, no second actor in Indian celluloid had got the prestige or honour that Dilip Kumar had got. He had been the second Indian other than Ex-prime minister Morarji Desai, to receive the highest civilian award of Pakistan Nishan-e-imtiaz.

In the film Leader Dilip Kumar changed his image of a tragedy king and showed his comedy and romantic andaz. Initially he played the part of a young man who wanted to be a leader and followed the path of a guruji played by Motilal. But he met Vaijayantimala and fell in love with her.

The presentation of love in the film had the royal andaz with the brilliant music composed by Naushad and songs sung by Rafi creating magic in the film. Some of the everlasting hits included “teri husn ki kya taarif kaarun”, “abhi se muhobbat”, “ek shahehshah ne banwake haseen taajmahal”, “mujhe duniyawalon sharaabi na samjho”, etc. Vaijayantimala was at her best in the film. Her beauty and dancing skills mesmerized the viewers.

Besides, the character artists in the film including Naseer Hussain, Jayant and others played their own part to perfection. Dilip Kumar had such a magnetic personality, that he made the viewers sit in the chairs with his fantastic comedy andaz. His lips in the patriotic song “apni azaadi ko hum hargese mita sakte nahin” brought tears in the eyes of numerous Indians.

The court scene where Dilip Kumar pleaded innocence, was very hilarious. At the end of the film, Dilip Kumar also showed his action skills as he had to fight out against Jayant to prove the fact that he had not killed Motilal.

The film should be preserved for supreme performance of Dilip Kumar and Vaijayantimala, fantastic music of Naushad, outstanding songs sung by Rafi and Lata and brilliant team effort of the rest of contributors of the film.
Posted by Souvik Chatterji at 4:13 PM