Uttam Kumar was unparallel in Bibhas. 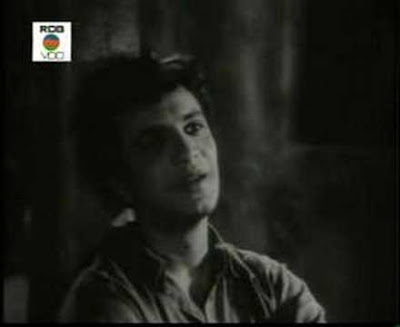 Uttam Kumar was unparallel in Bibhas.

Uttam Kumar, the greatest superstar of Bengali Silver Screen was unparallel in Bibhas. He played the role of a young man of Kolkata who went to a village to get shelter after his brothers threw him out of the family.

The story of the film was written by Samaresh Bose. Uttam Kumar did not contribute in his family, yet he had good voice and sung well in cultural programs. His elder brothers compelled him to sign in the deed of the house mentioning that he had no claim over property. He signed it and left the house.

He was given shelter in the village by Kamal Mitra who was a village doctor and politician. Uttam Kumar knew basics of the work of compounder and started working as Kamal Mitra’s assistant. He was allowed to stay in his house. Bikash Roy also worked as his assistant.

Uttam Kumar became extremely popular in the village and even contested elections against Kamal Mitra. The last portion of the film was related to the enmity of Kamal Mitra with Uttam Kumar, the person who was given shelter by Kamal Mitra himself.

Uttam Kumar’s lips in Hemant Kumar’s songs “jakhon porbe na mor payer chino ei bante”, and “tarae tarae joluk bati” mesmerized the viewers and the listeners. The film ended up being super hit. Uttam Kumar had the charisma of adjusting himself in non-glamorous roles like the one in Bibhas and having the last smile at the end of the film.
The high standard of literature being used in Bengali films of the 50s and 60s created a difference and Uttam Kumar’s films became path –breaker in every aspects of film making. Bibhas should be restored and preserved.
Posted by Souvik Chatterji at 4:16 PM

yes, truly a piece of marvel. I have seen the film & I know what character actor literally means right after I saw the film.Uttam wasn't such a smash in the late 50's when this film was released. But even though he was a relative fresher he showed why he would later on be called as the greatest matinee idol the Bengali cinema industry had ever seen...