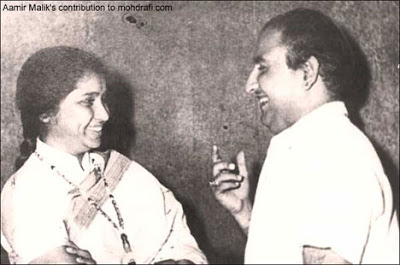 The viewers of bollywood films and listeners of music all across the country wish happy birthday to Asha Bhosle on 8th September, 2009. She had remained a legend of legends in the field of music. She came to limelight in the 70s and 80s and ended up being the most successful female playback singer after Lata Mangeshkar.

In the 50s, Asha Bhosle had to face the competition from other singers dominating the bollywood playback industry like Lata, Shamshad Begum, Noorjahan, Suraiya, Geeta Dutt, Suman Kalyanpur, Sudha Malhotra and many other singers. Asha’s successful songs in the 50s include “mur murke na dekh” composed by Shankar Jaikishan in the film Shree 420, “aiye meherban” composed by OP Nayyar in the film Howrah Bridge, “accha ji mai hari” composed by SD Burman in the film Kala Pani, to name a few.

In the 70s Asha Bhosle married RD Burman and it changed the career of the premier singer. Her westernized style of singing was used by RD to give her super hit songs like “piya tu ab tu aja” in the film Karwan, “dum maro dum” in the film Hare Rama Hare Krishna, etc. She sang in almost all the films where RD Burman composed music.

In the 80s, Asha Bhosle crossed new milestones by showing her skills in singing mujras in the film Umrao Jaan, composed by Khayyam. All the songs in the film including “dil cheez kya hai”, “justju”, etc., were appreciated by the critics. She received filmfare awards a number of times and she balanced the innovative style of singing of Kishore Kumar with her own innovation. It is not possible to cover the accomplishments of legendary singer Asha Bhosle in a single article as she had sung more than 25000 songs in hindi and other languages. Even her songs in Uttam Kumar’s film Choddobeshi composed by Sudhin Dasgupta was worth mentioning.The listeners expect Asha Bhosle to continue the great work she had started more than 50 years ago.
Posted by Souvik Chatterji at 12:04 PM