Suchitra Sen has not lost her appeal over the years.

Suchitra Sen has not lost her appeal over the years. 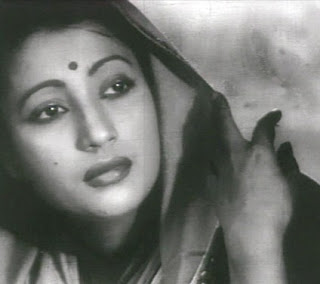 Suchitra Sen had retired from films in 1978 and by this period of time may have lost her popularity for not being in celluloid for over thirty years. But in reality her image became more dignified due to her retirement from films at the right time. She is one of the rare bollywood legends who had acted in only 60 films in her career over thirty years including the legendary bollywood films.

She acted in the legendary role of Parvati in Bimal Roy’s Devdas. It was a landmark film in Indian film history with Dilip Kumar, Motilal and Vaijayantimala doing justice to the classic literature of Sarat Chandra Chatterji. Her docile performance attracted attention of class and mass. Her performance in the film Mamta, the hindi adaptation of Bengali film Mamta had stormed bollywood in the 60s. 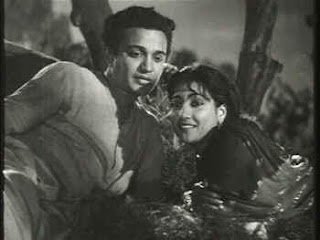 She was sublime in the double role of both the mother and daughter. The mother became a tawaif and shed her blood to make her daughter a barrister and killed her husband who wanted to destroy the career of the daughter. Suchitra Sen conducted the famous trial with Ashok Kumar where she pleaded innocence of her mother who was compelled to kill her husband due to grave provocation. Legendary actresses of bollywood including Meena Kumari, Wahida Rehman would have felt proud to perform in majestic role like Mamta the way Suchitra Sen had done.

She was brilliant in the film Aandhi, where her political career was in turmoil and and she shared her grief with her husband played by Sanjeev Kumar who was equally brilliant in Gulzar’s epic film. The film was banned for short period as the story resembled Prime Minister Indira Gandhi’s frustration during the period of emergency during the mid-70s. Suchitra Sen’s lips in Lata’s songs “tere bina zindagi me shikwa”, “is mor se jate hai”, “tum agaye ho” composed by RD Burman stills haunts different sections of viewers. 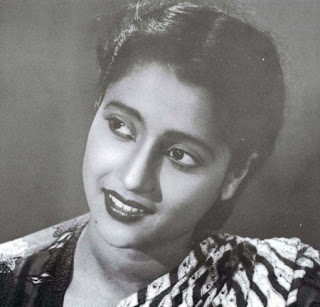 With her success in bollywood films including Champakali with Bharat Bhushan, Bombai Ka Babu with Dev Anand, Suchitra Sen became the uncrowned queen of Bengali films where her combination with Uttam Kumar is considered the most immortal romantic pair of the decade. Her exhibition of powerful personality in films like Harano Sur, Saptapadi, Kamal Lata, Grihadaho along with Uttam Kumar makes the viewers nostalgic about the romantic face of Bengali films in the 50s and 60s. Her films should be restored for the next generation as they are invaluable assets of the country.
Posted by Souvik-indrajalik at 10:51 AM

One must understand that Suchitra Sen's popularity is predicated upon two factors--one purely personal and inherited and the other professional and cultural. First of all, she was just exqisitely beautiful--angelic but never a buxom belle or a femme fatale. Secondly, in every role she expressed unfailingly the quitessential Hindu "femina perennis"--the eternal feminine: mother cum mistress who essentializes the traditional Hindu woman's life and character based on the centrality of the male. This is the secret of Sen's professional success and her transformation into a cultural icon of India at large but Bengal in particular. In the end, Suchitra is an amazing amalgam of the Urvasi and Uma typology.

Suchitra Sen had shown her choice for roles even at a time when she was the most popular actress of bengali films. The way she agreed to act in films like Deep Jele Jai and Saat Paake Bandha, few actresses of celluloid would have agreed if given the offer. These films were female-centric and ended in tragic consequences. But she experimented with the roles and her stern personality overshadowed the personality of the leading actor in the film namely Soumitra Chatterji in the film Saath Paake Bandha and the audience were moved her powerful dominating performance. She had remained an institution by herself.
Souvik Chatterji.