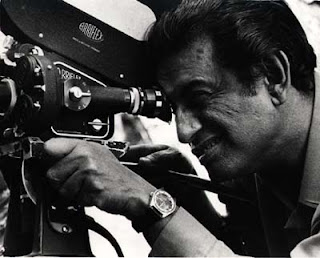 Satyajit Ray had been a trend-setter in different spheres of film making. The use of music in his films had been grammatical and meaningful.

For example in the film Pather Panchali, he used the expertise of Pandit Ravishankar to use the theme music at the time when Kanu Banerjee, the father of Durga, the girl who died due to lack of medical treatment, returned home. Her father never knew anything about the incident. There was a severe storm the last night which destroyed property in the village.

Kanu Banerjee saw the destructive picture of the village and realized that there was bad news for him. He came to know about the death of the daughter. When he gave the clothes that he bought for the family including the saree that he bought for Durga, his wife cried. The weeping sound was faded away by the theme music of Ray. 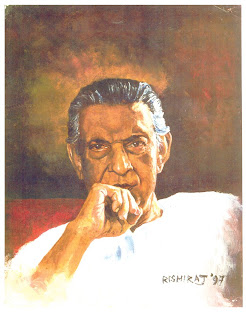 The same theme music was carried forward in Aparajito and Apur Sangsar, the following parts of Apu Trilogy. There was royal class of music used in the film Jalsaghar, where Chabi Biswas played the role of the feudal lord during the colonial period.

The ustadi gharana of music was exhibited in the film which was appreciated by the Zamindars of that time. Ray composed his own music in the films Goopi Gayin Bagha Bayin and Hirok Rajar Deshe. 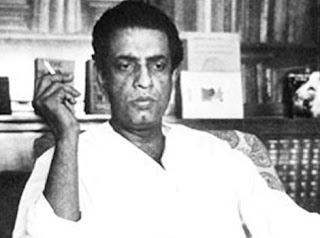 Modern directors can learn a lot from the realistic use of music in the films of Ray and for that reason the films and the music should be restored.
Posted by Souvik Chatterji at 12:35 PM