Amrish Puri - the most versatile villain of all times

Amrish Puri –the most versatile villain of all times. 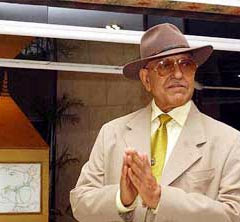 Amrish Puri emerged as one of the most powerful character artists in notable films of Shyam Benegal and Govind Nihalini and used his experience of stage and parallel cinema in commercial films where he is considered as one of the most versatile actors of all times. His performance in films like Bhumika, Akrosh had created a great impact on viewers. 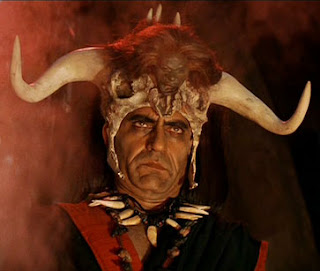 Amrish Puri gave a new dimension to the concept of negative roles by brilliant performance in the role of Mogambo in the film Mr. India. Anil Kapoor got a device by which he became invisible and Amrish Puri wanted the device so that he could rule the world. He dominated the film and his dialogues in the film became famous all over the world. 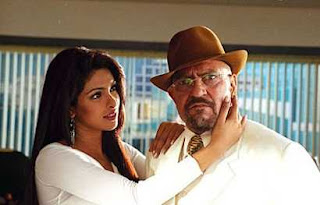 Amrish Puri played significant roles in the films Ghayal, Damini, etc., opposite Sunny Deol, sometimes as a corrupted industrialist and sometimes as wicked lawyer. He expressed his feelings relating to cruelty, fear, anxiety very well in these films. At one time he became indispensable in bollywood films and films like Andha Kanoon, Aaj Ka Arjun got added importance due to his performance. New actors should learn a lot from the powerful performances of Amrish Puri.

Posted by Souvik Chatterji at 11:43 AM