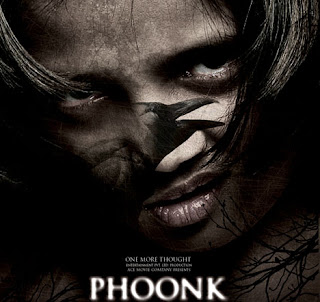 For the last 10 years Ram Gopal Verma had created a brand name in horror films. His viewers expect typical type of films where the anxiety, fear has more importance than the acceptance of the story of the film.

Phoonk had been created in the same lines in which his other horror films like Bhoot, Darna Mana Hai, Darna Zaoori Hai was created. Rajiv was involved in construction business in the film. He found a stone which resembled God Ganesha and refused to build a temple on the request of his workers.

Rajiv got a mini-city project and gave a party at this house to celebrate the occasion. His daughter after sometime started behaving awkwardly in school. The elders in the house realized that she had been overpowered by evil spirit. After that all the family members faced strange incidents in the house and felt in secured in the house. 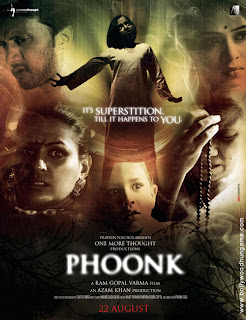 After the climax of the film Rajiv started believing in evil spirits, while his wife still kept her confidence on medical science intact. The daughter was cured.

Ram Gopal Verma had made similar films in the past and the viewers had appreciated his camera effects and sound effects which had created the horror feeling in the film.

In respect of the acceptance of the story is concerned there are only a certain section of viewers who believe in evil spirits and appreciate them. The rest of them think that is mental element which compels people to believe in the existence of ghosts and spirits. 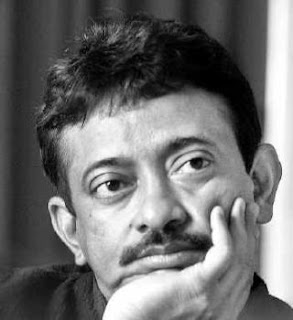 The performance of Raksha (Ehsaas) requires special mention. The film has elements of entertainment and will do well.

Posted by Souvik Chatterji at 10:23 AM

Email ThisBlogThis!Share to TwitterShare to FacebookShare to Pinterest
Labels: Phoonk