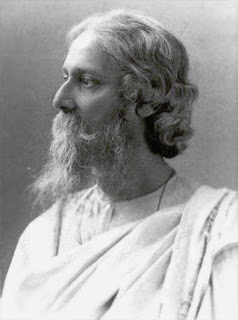 Tagore had a huge contribution to classical literature which compelled leading directors of bollywood to direct films based on his stories. Bimal Roy the great director of the 60s who had memorable films like Bandini, Devdas, etc., used Tagore literature for the film Kabuliwala.

The original version of the film was made by Tapan Sinha who made a film Kabuliwala where Chabi Biswas, one of the greatest Bengali actors ever to grace the silver screen made landmark impact. He was an Afghan person who had come to Kolkata to sell his produce.

His entire family was back in Kabul and he saw a little Bengali girl called Mini, who brought his memories relating to his own daughter in Afghanistan back. He loved the child.

Later when he was imprisoned and did not have money to return back to his own country the father of Mini paid the amount that he reserved for daughter’s marriage and gave it to Chabi Biswas. The daughter was married in a good family. 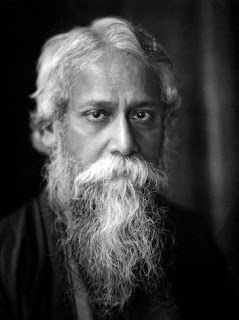 Balraj Sahani played the same role in Bimal Roy’s Devdas and did well. In both the films Tagore’s passion for a father was well depicted. It did not make any difference whether the father lived in Kolkata or Afghanistan, the heart of a father for the daughter was similar. 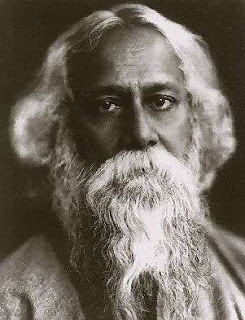 The film received many awards both at the national and international level. Tagore’s stories were also used in Bengali films like Ghare Baire, Teen Kanya which were directed by Satyajit Ray.

The films should be restored and preserved.
Posted by Souvik Chatterji at 10:30 AM