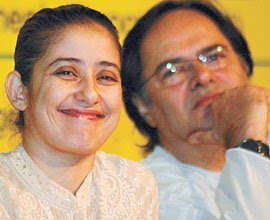 Farooq Sheikh had created a new dimension in bollywood films by playing roles both in commercial films and parallel films. He played the role of the friend of Nasirruddin Shah in the film Katha. It was comedy film where Nasir played the role of an innocent person who wanted to marry Dipti Naval. Farooq Sheikh gave the impression in the colony that he was rich and well to do, all was based on lies. At the end his deeds or misdeeds were unfolded.

He played the role of frustrated young person in Saath Saath with Dipti Naval. After completing the education career he was looking for jobs and the search was complicated. Both Jagjit Singh and Chitra Singh sung meaningful songs in the film including “kyun zindagi ke raah me majboor ho gaye”, “tumko dekha to yeh khayal aya”, etc. 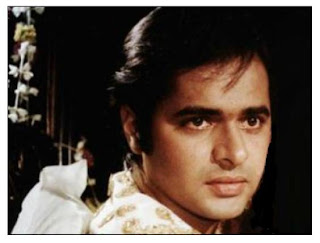 In Hrishikesh Mukherjee’s film Kisi Se Na Kehna, Farooq Sheikh had played the role of the son of Utpal Dutta, a strict father who loved traditional values. He had an affair with Dipti Naval, who was a doctor. He took the help of Saeed Jaffery, his uncle who told Utpal Dutta that Dipti Naval was a village girl, and taught her the details of Indian epics and got her married to Farooq Sheikh.

He had also played important roles in films like Noorie and Umrao Jaan. He is also remembered for comedy films like Chasme Badoor and Peecha Karo. 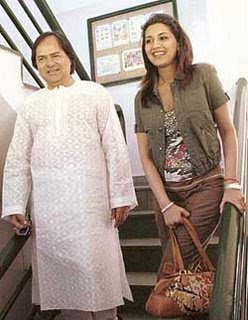 He even played the role of Sarat Chandra Chatterji, the famous writer of Bengal in the TV serial related to him under the title of Srikanto. His tv program “jeena isi ka naam hai” is still popular among viewers across the country for his unique style of interviewing celebrities.

The viewers expect him to make comeback in bollywood films in character roles as he has a lot of acting left in him.
Posted by Souvik Chatterji at 4:00 PM