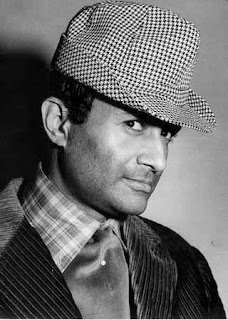 Just as Shankar Jaikishan had been instrumental in the musical success of Raj Kapoor’s films and Naushad was associated with Dilip Kumar, in the same way SD Burman had great contribution in the musical success of Dev Anand’s films. His music in the film Kala Pani was successful with Rafi’s songs “hum bekhudi me tum ko pukare”, and “acha ji mai hari”. The songs in Kala Bazar were equally successful with songs like “khoya khoya chand”.

In the film Tere Ghar Ke Saamne, all the songs were melodious including “tere ghar ke saamne”, “tu kahan yeh bata”, etc. Rafi and Lata had sung sweet songs in the film which were picturised on Dev Anand and Nootan. The songs of the film Teen Deviyan were successful including “aise to na dekho” sung by Rafi and “are yaar mera dil bhi hai gazab” sung by Kishore Kumar. 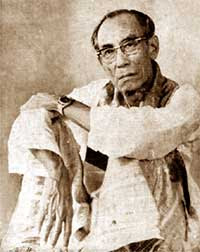 SD Burman also contributed well in the film Jewel Thief. Asha’s song “raat nashili hai” was as successful as Lata’s song “rulake gaya sapna mera” and Rafi’s song “dil pukare are are are” was as successful as Kishore’s song “yeh dil na hota bechara”. The film was a crime thriller and the powerful performance of Ahsok Kumar and Vaijayantimala was matched by the quality music composed by SD Burman. 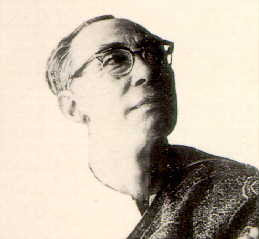 The songs and the films should be restored for the next generation.
Posted by Souvik Chatterji at 5:00 PM

Shankar Jaikishan also contributed in many films of Dev Anand with hit songs in films like Asli Nakli, Love Marriage, Pyar Mohabbat, Patita, etc., and Rafi had sung memorable songs under their composition, but Sd Burman made the maximum contribution under the Navketan Baner, specially in films directed by Vijay Anand and Chetan Anand.
Souvik Chatterji.