Tushar Kapoor, the son of the successful bollywood star Jeetender, had shown his acting capability over the years. He did well in the first film Mujhe Kuch Kehna Hai opposite Kareena Kapoor.

Kareena Kapoor played the role of a researcher on Indian culture in the film. Tushar Kapoor ha an affair with her and due to his shyness could not say it to her. At the end of the film his grandfather helped him to place his feelings before Kareena Kapoor and they were married. The songs in the film including “mujhe kuch kehna hai” and “is pyar ko kya naam doon” became big hits. 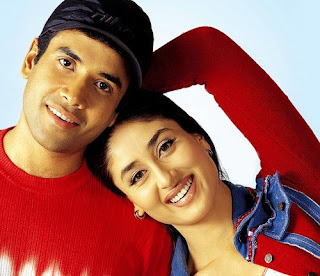 Tushar Kapoor also acted in comedy films like Golmaal. In Golmaal he was accompanied by other actors like Ajay Devgan, Arshad Warsi, etc. The film involved all the four friends getting shelter in the house of Paresh Rawal who was blind. All the four friends loved the same girl. Tushar Kapoor was dumb in the film and the girl ultimately married him considering his incapability.

Tushar Kapoor also acted in action films like Shootout at Lokhandwala where he belonged to the same underworld gang where Vivek Oberoy was the leader. All of them showed courage in facing the police force of the respective jurisdiction. Ultimately the police under the leadership of Sanjay Dutt attacked them and Tushar Kapoor was killed along with all the members of the gang. The film was based on real-life story. 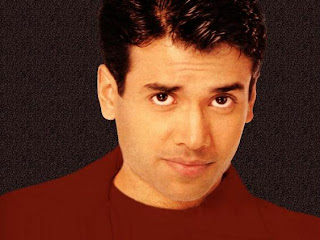 Tushar Kapoor had palyed notable roles over the years including the one in the film One Two Three along with Sunil Shetty and Paresh Rawal.

The viewers expect him to continue the good work in the years to come.
Posted by Souvik Chatterji at 10:07 AM