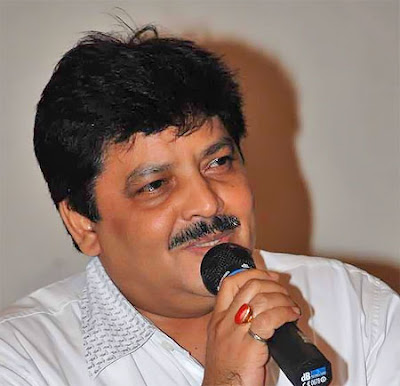 The viewers of bollywood films wish happy birthday to talented singer Udit Narayan on 1st December, 2010. Udit Narayan, is probably the most unique singers who had graced bollywood films for the last 20 years. The main reason of his success was that he did not imitate any legendary singer for getting entry in bollywood cinema. For example Shabbir Kumar and Mohammad Aziz had imitated Rafi for their existence, Kumar Shanu, Abhijeet, Babul Supriyo imitated Kishore for their survival.Udit Narayan sang immortal songs like “papa kehte hai”, “akele hai” for Amir Khan in Qayamat Se Qayamat Tak, “tum pass aye” for Shahrukh Khan in the film Kuch Kuch hota Hai, “chand chupa badal se” for Salman Khan in Hum dil de chuke sanam. He had been the leading singer for the last 25 years and probably sung every type of songs.

He had received filmfare awards a number of times as best singer and is probably one of the most consistent singers other than Sonu Nigam. In the present days new singers like Atif Aslam, Rahat Fateh Ali Khan, Javed Ali, Himesh Reshamiya had entertained the musiclovers with their new style of singing, but that has not created any problem for Udit Narayan.After Rafi, Mukesh, Kishore, Manna Dey, Udit Narayan is the singer who had stood the test of time and is expected to serve bollywood films for another 20years if he can maintain his voice quality.
Posted by Souvik Chatterji at 7:40 AM