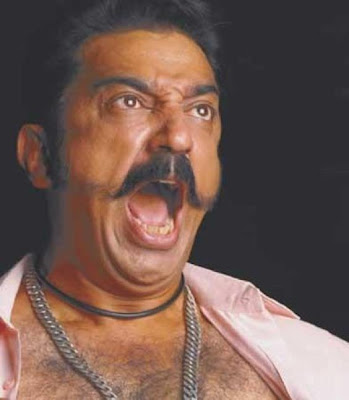 In the early 80s, his film Ek Duje Ke Liye stormed bollywood. It was a teenage love story where Kamal Hassan and Rati Agnihotri reached their performance to huge number of Indians. Kamal Hassan also showed his exceptional dancing skills in songs like “hum bane tum bane ek duje ke liye”. The music was composed by LP and the music astonished the viewers. He followed it up with his brilliant performance in the film Saagar.

In Saagar, Ramesh Sippy experimented with a triangular love story with Kamal Hassan, Rishi Kapoor and Dimple Kapadia. The songs of the film composed by RD Burman became super hit. Some of them included “o maria”, “chehera ho”, “saagar kinare”, “jane do na”, etc. Kamal Hassan brought tears in the eyes of his audience through his sacrificing performance as died at the end of the film to save Rishi Kapoor. Besides he also exhibited his acrobatic skills in the film. The film did brilliant business due to power pact performance of Kamal Hassan, Dimple Kapadia and Rishi Kapoor.

From that time onwards he acted in different types of films, both having commercial significance and also art value. He acted in the film Geraftaar opposite Big B and Rajnikant. The viewers remember his comedy film Chachi 420. He received a number of national awards for best actor in the last 30 years. He had remained an all-time superstar in South Indian film industry.

Kamal Hassan used all the legendary actors of bollywood in the film Chachi 420 as a director and emerged victorious. Om Puri, Paresh Rawal, Amrish Puri, Tabu were balanced by the brilliant performance of Kamal Hassan himself who played the role of lady Chachi. He took a brilliant make up and created a hilarious script and Om Puri, Amrish Puri, did their best to make the film super hit. He had proved his worth in every department of film making, whether acting or direction.

In 2009 also Kamal Hassan came up with ten roles in the film Dasaavatharam. He had acted opposite Asin, Mallika Sherawat and others. He played ten different characters and all the roles were played with different dimensions. Besides he had played many daunting characters in Tamil films and bollywood films like the one in the film Hindustani.

The viewers expect him to show the dynamism in future too as they still know that Kamal Hassan still has a lot of acting left in him.
Posted by Souvik Chatterji at 8:22 PM