Pradeep Kumar - Meena Kumari - the most royal pair of the millennium. 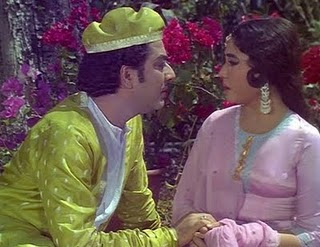 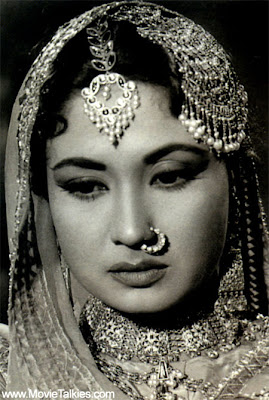 Pradeep Kumar – Meena Kumari – the most royal pair of the millennium.

Whenever the elegant pair of actors and actresses of bollywood films are thought about the combination of Raj Kapoor and Nargis, and Dilip Kumar and Vaijayantimala gets the privilege. Their combination gave the greatest hits of bollywood history and Dilip Kumar and Raj Kapoor being stars, their stardom reached Europe and Middle-East, so their hit films were the most famous films in the 50s and 60s like Awaara or Madhumati.

But whenever reference comes about the most royal pair of bollywood films, Pradeep Kumar and Meena Kumari’s name comes at the beginning. Pradeep Kumar acted in around 6 films with Madhubala, including Rajhath (1956), Yahudi Ki Ladki (1957), Gateway of India (1957), Police (1958), Mahlon Ki Khwab, (1960) and Passport (1961). But other than Rajhath and Gateway of India the other films did not do impressive business.

In the early 50s, he acted opposite Meena Kumari in the film Bandhan. They also acted in the film Adil – e – Jahangir. But the pair actually got accolades from refined viewers with the film Aarti in 1962 under Rajashree Productions. In the film, their characters were noble, they came together to serve the poor. Ashok Kumar played the role of materialistic doctor who came in the way for his affection towards Meena Kumari. From that time the combination of Pradeep Kumar, Meena Kumari, Ashok Kumar, composer Roshan Lal Nagrath and singer Mohammad Rafi resulted in magic. All the songs of Aarti composed by Roshan and sung by Rafi were majestic in nature catering to the tastes of cultured audience including “ab kya misaal doon mai tumhare shabab ki”, “baar baar tohe”, “aap ne yaad dilayatha to mujhe yaad aya”, etc.

Pradeep Kumar, Meena Kumari and Ashok Kumar came out with another triangular love story in the film Bheegi Raat in 1965. It was Kalidas’s film. The film had powerpact performances of all the three. The Roshan Rafi combination again created gold with the songs “jane yeh kaun hai”, “dil jo na keh saka”, etc., which became super hit. Singers in the 80s and 90s who sang Mohammad Rafi's songs used to make a point of singing "dil jo na keh saka" which just grew in popularity with passage of time.

In the 70s, with the death of Meena Kumari, and the retirement of Pradeep Kumar from lead roles, the royal style of romantic stories faded away which were prevalent during the golden era. All the films of Pradeep Kumar and Meena Kumari combination require preservation and restoration for the romantic appeal, royal style of performance, elegance and superlative class of music.
Posted by Souvik Chatterji at 8:16 AM