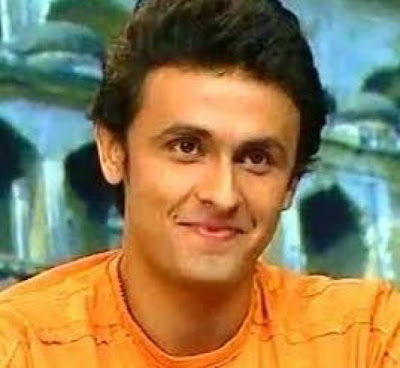 There was a time whenever discussion hovered around recent romantic numbers in bollywood films, Sonu Nigam’s name emerged automatically.

Even the song “chup chup ke chup chup ke” from Bunty Aur Babli had romantic appeal. It was composed by Shankar Ehsaan Loy. Anu Malik’s composition for Sonu Nigam in Salman Khan’s Janeman titled “sau dard hai” had both pathos and romantic appeal embedded in them.

But in the last year excepting “kal nau baje” from the film Short Cut, he did not have striking number of romantic songs. In 2010, he should get back to romantic numbers which are most soothing in the years of listeners. These days very rarely romantic songs were composed.

Sonu Nigam’s song “phir se” in the film Toh Baat Pakki in 2010, or his song in Salman Khan’s film Veer, composed by Sajid Wajid is not as romantic as the songs of the previous films like Tumko Bhula Na Payenge, where the title song had a haunting effect.

Experimental songs do well and show the range of playback singers. But they don’t create a lasting impact. For example, Sonu Nigam’s song “all is well” in The Three Idiots became hit, but his followers want Sonu Nigam to get back to romantic songs where he had been elegant in the 90s. Let us hope for the best.
Posted by Souvik Chatterji at 1:19 PM

Music Directors have the option of making such songs..not me Sauvik.. They also have the discretion of choosing the singer whose voice they want to hear the song in, not me! Thanks for following my music and career though. You must place this request to some remaining sensible composers like SEL, Vishal Shekhar, Vishal Bhardwaj, etc. who haven't worked with me in years.. I am pretty content with my life and music and choose to do less but quality work. Cheers.
BPS: You forgot to mention Shukaranallah, and Don't say alvida in the list of last years Romantic numbers.

Please consider my comments with sporting spirit. I still consider you the most versatile singer of the present generation of singers.

At the outset I am blessed that a dignitory of your callibre at least read my blog.

As far as the demand for romantic numbers, the urge is from a music lover and a devotee of romantic songs.

In 2010, your song "tum chain ho" in the film Milenge Milenge had made me spellbound. I want more number of these types of songs in future. I agree with you, that it is better to sing quality songs that sing average songs.

In 2009,if you notice, you will also agree that the romantic numbers like "tera hone laga hoon" sung by Atif Aslam or "behti hawa" sung by Shaan were popular.

I only wanted to say, that you are so young, and in that age had attained so much, sky is your limit. Your lovers all across the world want more romantic numbers at frequent intervals.

i'm your big fan.... we love your voice and attitude towards your singing profession....