Guzaarish will storm bollywood in 2010. 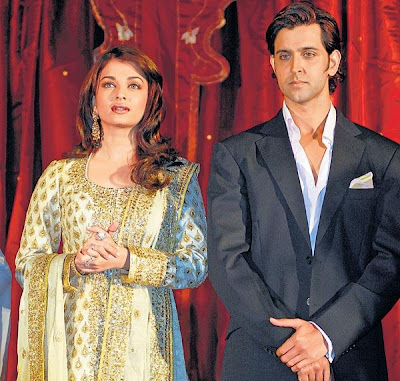 Guzaarish will storm bollywood in 2010.

The film Guzaarish will storm bollywood films in 2010. Sanjay Leela Banshali had come again with a novel project. The main characters in the film had been played by Hrithik Roshan and Aishwarya Rai.

He was also not allowed to cut his beard for indefinite period by Sanjay Leela Banshali till the shooting was going on. The viewers can watch the movie by middle of 2010, which is the date for scheduled release. The other artists like Adity Roy Kapoor, Monikangana Dutta also played their roles very well. With the amount of devotion shown by both Aishwarya Rai and Hrithik Roshan for putting blood and flesh in their respective roles, the film is destined to do great business.
Posted by Souvik Chatterji at 5:16 PM

Both Hrithik Roshan and Aishwarya Rai had worked very hard for the film. It is important that the film should get critical acclamation.
Souvik Chatterji.