Vidya Balan has to make a comeback. 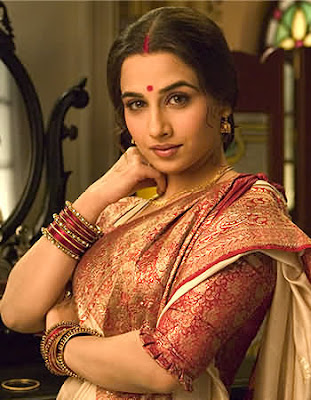 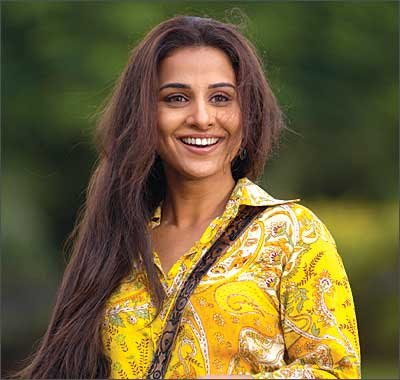 Vidya Balan has to make a comeback.

Vidya Balan was considered to be a leading star of bollywood two years back. Firstly her success in films like Parineeta opposite Saif Ali Khan and Sanjay Dutt, and Lage Raho Munna Bhai opposite Sanjay Dutt, attracted most of the producers and directors to cast her in big budget films.

Vidya Balan’s dialogue “good morning Mumbai” created a trend for all the radio jockeys all across the country. Besides her impressive lips in romantic songs like “piyu bole, piya bole”, or “pal pal pal pal har pal har pal” created a lasting impact in the minds of viewers. Directors had such a huge amount of confidence on Vidya Balan that they did not hesitate to cast her in ghostly roles like that played in the film Bhoolbhoolaiya. An unsatisfied soul entered her body and made her do weird activities. The film became super hit and Vidya Balan was at the top of the world after her performance in that film.

She was sublime in the film Salaam-e-ishq opposite John Abraham. Probably her role Tehzeeb, was the most challenging one in the film if compared with the roles of Juhi Chawla, or Isha Koppikar, or Priyanka Chopra. She lost her memory in the film, and could not even recognize her husband John Abraham. All along the film John Abraham struggled to remind her about her past and at the end of the film he was accepted by Vidya Balan. The viewers went to pensive mood during the song “yaa rabba”.

But her performance in ultramodern roles in the following years brought her downfall. She tried to play the role of a modern girl staying in Australia in the film Hey Babby, opposite Akshay Kumar. Although the interaction of the child artist in the film with Fardeen Khan, Akshay Kumar and Ritesh Deshmukh charmed the viewers, Vidya Balan’s make up in the film was not appreciated at all. Besides, her harsh attitude towards Akshay Kumar also did not suit her looks. The film did excellent business but Vidya Balan lost her track in bollywood films.

Last year her role in the film Kismat Connection opposite Shahid Kapoor also was not appreciated by viewers at all. Again she was cast with ultramodern make up which never suited her. The story of the film was innovative. The fortunes of Shahid Kapoor did shine once he got associated with Vidya Balan in the film. But neither the film had the masala which could move the viewers, nor the songs and the dance sequences could create any impact. Critics argue that Vidya Balan could very well had avoided the role in the film.

Those roles which are stylish in nature which suit vamps like Bipasha Basu or young stars like Katrina Kaif cannot necessarily suit Vidya Balan. Her soft style of dialogue throwing can reach her to any high level in bollywood films. She should stick to her image and if she can choose proper roles, she has a bright future in bollywood films. Viewers expect her to make comeback in proper roles which suit her where she is unparallel.
Posted by Souvik Chatterji at 8:12 AM