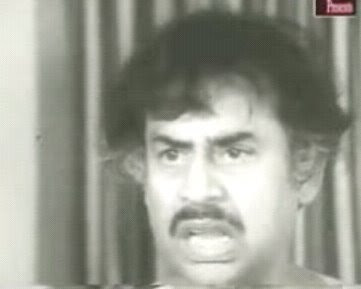 Anup Kumar is considered to be a gifted actor who contributed a lot in Bengali films of the 50s and 60s. Most of his notable performances were made in the films of Tarun Majumdar. He did a great job in the role of a bohemian character in the film Palatak.

Palatak was a story of a Bengali whose mind never stuck in one place. He travelled from one village to another and gathered experiences. Anup Kumar was sublime in Tarun Majumdar’s other film Nimantran. He had done his best in the comedy film Dadar Kirti.

In the film Dadar Kirti, Tapas Pal, a failure in academic career came to his relative’s house in rural Bengal. Anup Kumar played the character of Bhombolda and exploited the innocent character Tapas Pal. He asked him to run in the hot fields and also swim in the cold water at night, to develop his learning capacity.

While Tapas Pal stayed in the village, Mahua Roy Choudhury, one the neighbours developed a soft corner for Tapas Pal. When her marriage was fixed with another person, Anup Kumar made efforts to get rid of the groom so that the marriage could be arranged with Tapas Pal. In fact helped him after realizing the damage he had done in the beginning of the film.

Anup Kumar had acted in more than 50 films with Uttam Kumar, the greatest superstar of Bengali cinema, including Pathe Holo Deri, Sagarika, Agniparikkha, Rajodrohi, to name a few. Anup Kumar’s performance was well appreciated as comedian.

He did well in many serious films as well like Thagini with Sandha Roy, Rajen Tarapdar’s Jeeban Kahini. In Jeeban Kahini, he gave word to Bikash Roy, the father of Sandhya Roy, that he would commit suicide to help him get money out of insurance. But matters ended up in such a manner that none of them had to die and the film had a happy ending.

Anup Kumar’s films should be restored to see his performance in Bengali films over 50s, as his earlier performances include the film Chandrasekhar, in the late 40s, where Ashok Kumar and Chabi Biswas played leading roles.
Posted by Souvik Chatterji at 8:33 AM