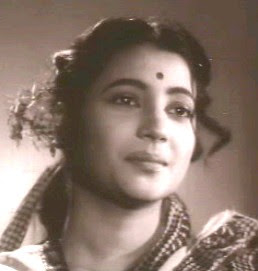 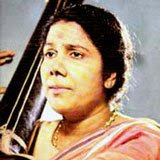 Robin Chatterji was the uncrowned king of bengali cinema during the golden age in the world of music direction. The entire industry dependant on Robin Chatterji and whatever work he had produced can be very well be designated as masterpieces. He contributed the most in Suchitra Sen’s films and for those reasons Sandhya Mukherjee, whose voice suited Suchitra Sen the most, sang majority of songs composed by the legendary composer.

Robin Chatterji exploited the classical skills of Sandhya Mukherjee, as she was the student of Ustad Bare Ghulam Ali Khan, in the film Uttar Falguni. Suchitra Sen played the role of the singer Panna Bai in the film who sacrificed her entire life to make her daughter a barrister. The film had classical songs and Sandhay Mukherjee’s classical andaz created separate dimension for the viewers. In the hindi remake of the same film titled Mamta, composer Roshan had to match the classical compositions of Robin Chatterji, as the Bengali film won international awards for best performance and other technical awards.

Besides Sandhya Mukherjee had many basic discs of Bengali modern songs like “amare loye je”, “ei nodi tire”, etc., composed by Robin Chatterji, which had the same romantic appeal and brilliant use of the piano which was used with elegance by Robin Chatterji, all along his career.