Review of My name is Khan. 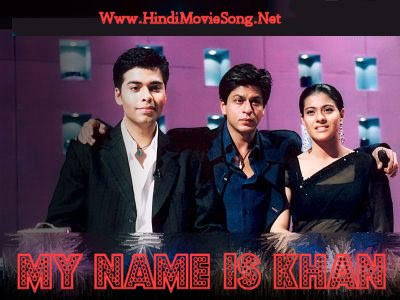 Review of My name is Khan.

Karan Johar is coming up with his new project with the title My name is Khan. Shahrukh Khan also had co-produced the film. Shahrukh Khan’s fans are waiting anxiously for the release of the film as he failed to give any hit film in the last two years and lost the number one position.

In this film Rizwan Khan was a muslim who was brought up in Borivali (as a child the role was played by Tanay Cheda) in Mumbai with his mother played by Zarina Wahab. After growing up Khan, (Shahrukh Khan) entered into an affair with Mandira played by Kajol.

The affair blossomed into marriage. After long period of time the viewers will find the hit pair of Shahrukh Khan and Kajol together. They were utilized to their limit by Karan Johar in the past and will be seen once again in My name is Khan.

Khan suffered from Asperger Syndrome (a form of serious disease which impairs abilities relating to social interaction). After the 9/11 attack, Khan was arrested as a suspected terrorist.

His peculiar behaviour and sickness created background for the sickness. After he was arrested he was cured by a therapist played by Sheetal Menon. That part of the film will be interesting as the viewers will be anxiously waiting for the consequences relating to Shahrukh Khan’s arrest.

The other actors and actresses who had performed in the film include Jimmy Shergill, Bilal Khan and others. Shahrukh Khan had done a splendid job once again.

But there is lot of doubt relating to acceptance of Kajol as a heroine once again. Bollywood is dominated in the recent years by Katrina Kaif , Priyanka Chopra and others. Kajol had lost her glamour some time back and her presence with Shahrukh Khan is a weakness in the film.

The music is given by Shankar –Ehsaan –Loy and the music is impressive just like any other films of Karan Johar. The performance of the character artists in the film is very impressive. Although Shabana Azmi left the role of the mother of Shahrukh Khan after being cast initially, Zarina Wahab did do well in the film.

In a nutshell it can be said that the film is going to be a big hit inspite of the negative factors.
Posted by Souvik Chatterji at 8:49 PM

what nonsense he has not given any hit film in last two years. Chak De India, Om shanti Om and Rab ne bana di jodi are Blockbuster, leave alone hits. Check out your trade figures man.

Rab Ne Bana Di Jodi did not do expected business at all. It was smashed by Amir Khan's Ghajini and had to be taken away from the halls in India where Ghajini were released. Om Shanti Om and Chak De India were super hit films released more than two years ago.

Last year Shahrukh Khan's presence was not even felt.

When you write comments read it yourself before writing rubbish.
Souvik Chatterji.