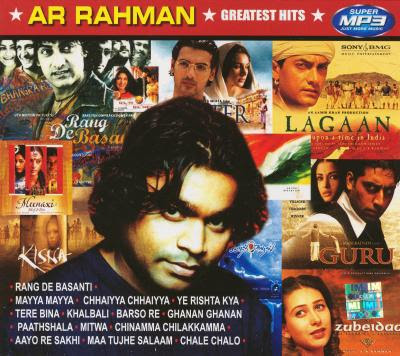 AR Rehman’s receiving of Oscar for specific song and background score of the film Slumdog Millionaire had been a reward for the excellent music he had composed in Indian films during the last 15 years. That includes the music for the films in bollywood industry and South Indian industry.

The film produced by Anil Kapoor had shown the realistic picture of the reaction of the police department whenever a slumdweller earns huge sum of money after participating in a quiz competition held in a TV Channel. The depiction of the life in a slum is well appreciated by both the intellectual viewers and also the general audience.

The background score created by AR Rehman had created theme music for the film. In fact as the film was realistic in nature there was not much scope of creating that many number of songs. In fact the Indians are very happy about the recognition of AR Rehman due to his consistent composition of legendary tunes.

AR Rehman’s music in the film Bombay was successful as well. Songs like “tu hi re” sung by Hariharan stormed bollywood films. AR Rehman was sublime in the film Saathiya. Sonu Nigam’s song “saathiya” and other songs of the film were very melodious. A R Rehman was brilliant in Taal. Songs like “ishq bina kya jina”, “rabba jogi” etc. were unique in nature.

In 2008, all the tunes of AR Rehman were unique. The songs in the film Jodha Akbar had mughal andaz like the one “khwaja meri khwaja”. In Jane Tu Yaa Jane Na, AR Rehman catered to the tastes of the young crowds. Songs like “pappu cant dance sala”, “kabhi kabhi aditi” were full of energy and rhythm.

On the other hand the music in the film Yuvvraaj, was romantic with songs like “tu hi to meri dost hai”, “shanno shanno”. Viewers feel that AR Rehman still has a lot of music left in him. He is expected to do more experiments in the films in future after winning the Oscar award for Slumdog Millionaire.
Posted by Souvik Chatterji at 4:44 PM