I Hate Luv Stories will do decent business. 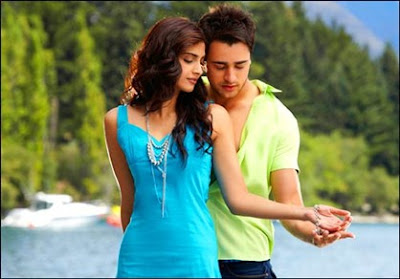 I Hate Luv Storys will do decent business.

Imran Khan and Sonam Kapoor paired together for the first time in the film I Hate Luv Storys. The film had been directed by Punit Malhotra and produced by C Ashwini Dutt and Karan Johar. Imran Khan had not shown any spark after his super hit debut in the film Jaane Tu Ya Jane Na. Sonam Kapoor had been longing for a successful film from a long time. Neither Sawaariya, nor Dilli 6 would have made her a super star. In that respect this film had a lot of importance in the career of Imran Khan and Sonam Kapoor.

Sonam Kapoor in the film loved love stories. He was engaged with Sameer Dattani. But assistant director Imran Khan changed her life. He hated love stories. According to him having an affair is a kind of sickness which people have.

The music was composed by Vishal Shekhar. Some songs became popular namely “jab mila tu” sung by Vishal Dadlani, “bahaara bahaara” sung by Shreya Ghoshal and Sona Mahapatra. But the film was slow in certain respects.

Even then, the soothing performance of Sonam Kapoor, Imran Khan and the character artists like Anju Mahendra had a charming effect on the audience. The film had already earned Rs 22 crores. In the days to come it will do even better business.

The film is destined to do decent business.
Posted by Souvik Chatterji at 7:58 PM