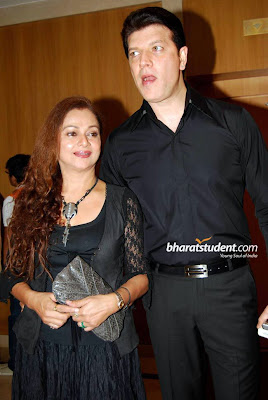 The viewers of bollywood films wish happy birthday to Zarina Wahab on 3rd July, 2010. She was born in a muslim family in Vishakapatnam.

She learned acting in the Film and Television Institute of Pune. She started her film career in Dev Anand’s film Ishq Ishq Ishq in 1974. She attracted the attention of the viewers with her effortless performance in Basu Chatterjee’s film Chitchor.

She played the role of a village girl in the film who was impressed by the down to earth nature of Amol Palekar. She and her family thought that he was a wealthy engineer. But later they came to know that the actual engineer was Vijayendra Ghadge. The family of Zarina Wahab namely Deena Pathak and AK Hangal stopped Zarina Wahab from mixing with Amol Palekar. But she could not forget his memories, nor her neighbouring brother Master Raju. The film became silver jubilee hit. The music composed by Ravinder Jain stormed bollywood with songs like “tu jo mere sur me”, “kahin deep jale”, etc., sung by Yesu Das and Hemlata. The same plot was used in the film Mai Prem Ki Diwani Hoon, where Hrithik Roshan, Kareena Kapoor and Abhishek Bacchan played the lead roles.

Zarina Wahab formed a brilliant pair with Amol Palekar and their next film Gharonda was a masterpiece. She played the role of the daughter of Sriram Lagoo. Amol Palekar struggled to get decent job in Mumbai. The film was related to the extreme competition of work in Mumbai and struggle of getting a place to stay. The music of the film composed by Jaidev was excellent. Bhupinder Singh’s song “ek akela is shahar me”, “ do diwane shahar me” and Runa Laila’s song “tumhe honaho mujhko to itna yakeen hai” stormed bollywood in the mid-70s. Zarina Wahab got filmfare nomination for best actress in the film.

Zarina Wahab acted in other films like Tumhare Liye directed by Basu Chatterjee, Sawan Ko Aane Do, and many South Indian films like Gajula Kishtavya, Madanolsavam, etc. As character artist she played the role of the mother of Shahrukh Khan in the film My Name is Khan. She married actor Aditya Pancholi and has son and daughter.

The viewers expect her to continue the great work that she had started 30 years back.
Posted by Souvik Chatterji at 8:41 AM

I am your old fan. My self kailash from Haryana. I like your acting very much. Please give me your address.

Best wished for you.