Khatta Meetha will do good business. 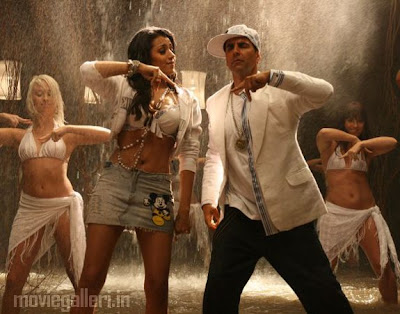 Khatta Meetha will do good business.

Priyadarshan’s new film Khatta Meetha will do good business. Director Priyadarshan had cast Akshay Kumar and Trisha Krishnan in the lead roles. The main subject matter of the film includes road development. The road development project is subjected to the interference of road mafias.

The contractors who take up road projects are always subjected to criticism. Priyadarshan had given a message to what type of substandard material they provide while making the roads. The strategy is to make weak roads deliberately and thereafter expecting the roads to break. Once they are damaged the same development contract again reverts back to the same contractor.

While the subject matter is serious in nature, Priyadarshan had presented it in a very light-hearted manner. He had directed the film Vellanakalude Nadu in 1989 with the same subject matter. In that way, the film was a remake of the earlier one. Akshay Kumar had performed very well in the role of the assistant of Akshay Kumar. Especially in the scene where they tried to clean the house of Asrani before the eve of a family function, the entire act was very hilarious. Even Johnny Lever’ s attempt for repairing a road roller also was hilarious.

Pritam had composed the music of the film. He had previously provided catchy numbers in Priyadarshan’s films like Billu Barber. Urvashi Sharma, Rajpal Yadav, Johnny Lever and Asrani had played significant roles in the films aside Akshay Kumar and Trisha Krishnan.

Akshay Kumar is a brilliant start in the year with the success of the film Housefull. Although the film a number of stars together like Lara Dutta, Deepika Padukone, Ritesh Deshmukh, yet the credit for the success primarily to Akshay Kumar. He required hit films desperately, as his last year was very average with flop films like Chandni Chowk to China, Kambakht Ishq, 8*10 Tasveer, De Dana Dan, etc.
The film has all the elements of entertainment and it would end being another hit in July, 2000.
Posted by Souvik-indrajalik at 8:35 PM