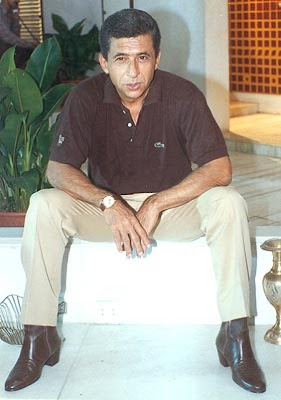 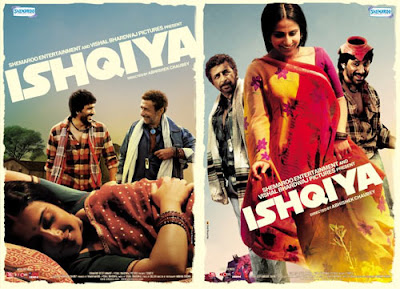 The viewers of bollywood films wish happy birthday to Naseeruddin Shah on 20th July, 2010. Along with Om Puri, Smita Patil and Shabana Azmi, Nasir was the leading actor who had shaped parallel cinema in India. He became the leading actor of art films directed by Shyam Benegal, Govind Nihalini, Sudhir Mishra, Mrinal Sen and others. He was sublime in films like Aakrosh, Sparsh, Khandahaar, etc.

Viewers cannot forget his realistic acting in Goutam Ghosh’s film Paar. He was unparallel in the scene where he along with Shabana Azmi, took the herd of animals across river Ganges for their livelihood. Their standard of acting was extraordinary. He was equally brilliant in a sensitive role in Shekhar Kapoor’ s film Masoom. His son Jugal Hansraj was not accepted by Shabana Azmi, as he was her step son, but at the end of the film Nasir convinced Shabana about accepting the child. The songs in the film like “huzoor is kadar bhi na itra ke chaliye” sung by Bhupinder Singh and Suresh Watkar and composed by RD Burman became extremely popular in the early 80s.

In the late 80s, Nasir got influenced by veteran actor Amrish Puri and joined mainstream cinema. There also he became a grand winner. He gave fabulous performance in the film Tridev along with Sunny Deol, Jackie Shroff, and also Vishwaatma wit Sunny Deol and Chunkey Pandey. His action skills, comedy skills all were utilized by the commercial directors and became an indispensable figure in the early 90s.

Even as villain he astonished the viewers in films like Mohra. He did outcast the heroes in the film like Sunil Shetty and Akshay Kumar and ended up being the main actor in the feeling. Nasir could play any type of role and in the long run no other actor other than Om Puri could match Nasiruddin Shah’s versatility. In China Gate, both of them faced each other and the viewers enjoyed the dynamic performances of the two legends. Even in films like Monsoon Wedding, Nasir showed that his skill in realistic acting just had got enhanced day after day.

In 2008, he performed perhaps the best film of the year, A Wednesday. He killed the terrorists as an ordinary citizen, to end the threat they had created over a period of time.

In 2010, his performance in the film Ishqiya opposite Vidya Balan and Arshad Warsi had been highly appreciated by the critics. The film did good business as well. Even his performance in Prakash Jha’s film Rajneeti impressed the masses. Rajneeti ended up being a blockbuster. The viewers expect the legendary actor to continue his dynamic performance as he is still irreplaceable in bollywood films.
Posted by Souvik-indrajalik at 3:31 PM