Milenge Milenge will do average business. 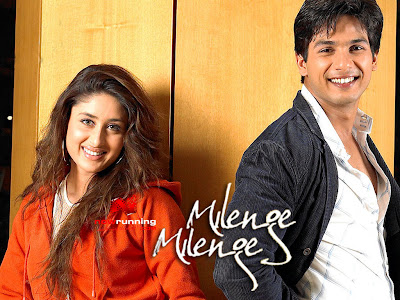 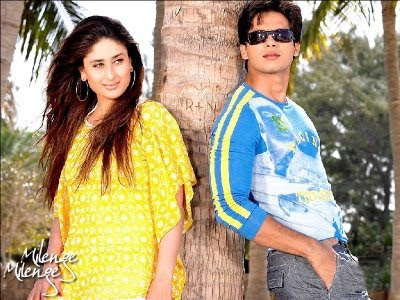 Milenge Milenge will do average business.

The film Milenge Milenge will do average business. The film had been directed by Satish Kaushik and had the fifth film of Kareena Kapoor and Shahid Kapoor together.

Had the film being released three years back, when Shahid Kapoor and Kareena Kapoor starrer Jab We Met stormed box-office the film would have done great business. At that time they were hot pair. After that Shahid Kapoor and Kareena Kapoor had acted in several films separately and got successes with them. Presently the viewers hardly are inclined to see both of them together.

In this film, Kareena Kapoor was in search of a prince, and a carrot reader Kiron Kher told her that she would get one very soon. She went to attend a youth festival in South Africa. There Shahid Kapoor, read the diary of Kareena Kapoor and realized the type of person Kareena was looking for.

Shahid Kapoor pretended to be the type of young man, Kareena wanted. But when Kareena came to know about it, she left Shahid Kapoor. They shared a 50 rupee note and diary and decided that if destiny brought them together again they may have met once more. The film hovered around that theme whether they met each other when they were destined to marry somebody else after three years.

The music of the film had been composed by Himmesh Reshammiya. The song “tum chain ho” sung by Sonu Nigam and Alka Yagnik, had been very romantic, and had been very popular even before the film was released. The other songs like “milenge milenge” and “ishq ki gali” were also impressive.

The film had been released on 9th July, and in the first week had collected around 10 crore rupees. The performance of Shahid Kapoor and Kareena Kapoor had been impressive as ever. The supporting artists like Aarti Chabria, Satish Shah, Delnaaz Paul, did well in their respective roles.
May be the timing of the release of the film was wrong for Milenge Milenge. The most popular pair of the present period is Katrina Kaif and Ranbir Kapoor. Shahid Kapoor and Kareena Kapoor remained popular romantic pair during the days of Chup Chup Ke, 36 China Town and Jab We Met. Viewers can watch Milenge Milenge for light entertainment.
Posted by Souvik Chatterji at 6:40 PM