Salman Khan wants to make a comeback with Debaang. 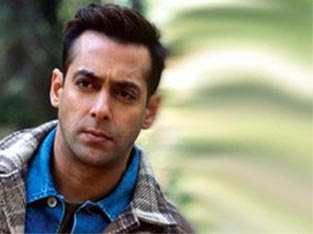 Salman wants to make a comeback with Debaang.

Superstar Salman Khan wants to make a comeback with his upcoming film Debaang which is slated to be released in September, 2010. It has been almost one year after the release of Wanted that he had no hit films under his belt.

His huge expectation relating to Veer had been frustrated due to below average business of the costly film. Although Salman Khan is too big a star to get carried away by failure of any one film. But once the superstars go in their 40s, they always want a comfort zone to see at least one hit film under his belt every year. New actors come in competition and that sways the taste of the new audience and specially the young audience. For example Amir Khan provided more than 250 crores business with the film The Three Idiots. In that respect Salman Khan badly requires a hit film this year before new superstars like Ranbir Kapoor take away his command in position in box-office.

Debaang had been produced by his brother Arbaaz Khan. It had been directed by Abhinav Kashyap. Along with Salman Khan the film has a lot of importance for Sonakshi Sinha, the daughter of Shatrughun Sinha, who had made her debut in the film. It had been made on the backdrop of corruption in the police department in Uttar Pradesh.

Salman Khan had played the role of one of the police officers in the film. There are other co-actors and actresses in the film namely Arbaaz Khan, Sonu Sood, Vinod Khanna, Dimple Kapadia, Om Puri and others.

The music had been composed by Sajid Wajid. Salman Khan has a lot of hope in the film. The viewers also expect that once the film is released in September, 2010, Salman Khan will make a huge comeback with the film.
Posted by Souvik Chatterji at 10:02 PM

He is super duper star......salman khan is hero of massive...dabbang will rule i am sure..

dabbang will rule sure...this movie will open at the boxoffice with the blast..

Salman Khan in the last few years had shown that he cannot be stopped from giving blockbusters for a long time. After one or two mediocre films he had come up with super hits.
In 2007 he came up with Partner.
In 2009 he came up with Wanted.
May be Debaang will be the next hit film of 2010.