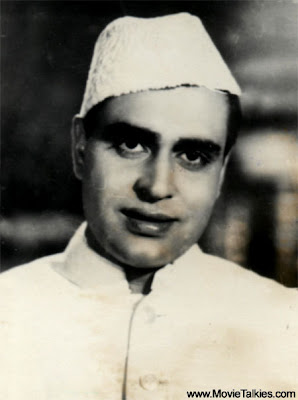 The viewers remember Jubilee Kumar Rajender Kumar on his birthday on 20th July, 2010. He had died few years back and his viewers all over India and outside India had mourned the death of the legendary romantic actor.

From 1963 to 1966, all his films celebrated silver jubilees. From that time he became Jubilee Kumar. His films were designed in the same lines as that of Dilip Kumar, and he was successful in getting appreciation of the refined viewers of the country. Right from Goonj Uthi Shehnai, he acted in roles which were sacrificing nature and most of the roles touched the hearts of the viewers. He was sublime in Mere Mehboob and Aarzoo opposite Sadhna, Dil Ek Mandir, Chirag Kahan Roshni Kahan, opposite Meena Kumari. He acted in many films opposite Vaijayantimala and most of them ended up becoming superhit films, including Zindagi, Sangam, Aas Ka Panchi, Ganwar, Suraj, Saathi, to name a few. Mere Mehboob ended up being the biggest blockbuster in 1963, surpassing the other successful films made that year including Taj Mahal and Phir Wohi Dil Laya Hoon.

Rajender Kumar never received any filmfare award for his performance, but the viewers in India and abroad acknowledged his creditable performance in most of the films. His films should be revisited.
Posted by Souvik-indrajalik at 4:54 PM

Nice blog and nice post... I have come across ur blog couple of times,esp when I search for images for my own blog posts but never got around to posting comments.
I had listed quite a lots of songs that you have mentioned here in my Rajendra Kumar special post that I did on his Birth Anniversary.
His films were designed in the same lines as that of Dilip Kumar, and he was successful in getting appreciation of the refined viewers of the country. - I had heard somewhere that Rajendra Kumar was a hot favourite among the producers.Not all of them could afford to cast Dilip Kumar back then, and they would take RK instead. And RK's movies always did well at the Box Office as well.

My Name is ADNAN.

He was True legend.

He was as good actor as dilip kumar.
and he had more fan than dilip kumar in 60s.

Filmfare and all award fuction even not remember him ,which is a very painfull thing for me

The media should make efforts to highlight the contribution of legendary actors and actresses during the golden age. Rajender Kumar gave excellent business to bollywood industry when all his films from 1963 to 1966 became jubilee hits.
Souvik Chatterji.