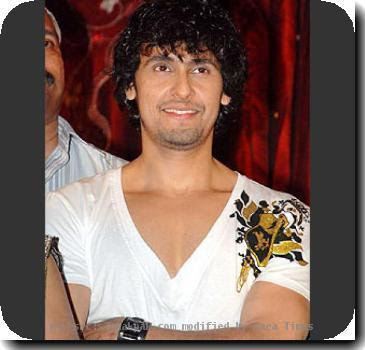 Sonu Nigam had brilliant combination a number of leading composers of bollywood over the last 10 years. Sonu Nigam was associated with Anu Malik as some of his best romantic numbers were composed by him including “hume jab se mohabbat ho gayi hai”, in the film Border, or “sau dard hai” in the film Jaaneman. He was also associated with Sajid Wajid, as most of his romantic numbers like “tumko bhula na payega” from the film Tumko Bhula Na Payenge, or “mujhse shaadi karogi” in the film Mujshe Shaadi Karoge was composed by him.

The audience expect the combination of Sonu Nigam and Shantanu Moitra to provide more number of romantic numbers in future, even in films made under any other banner in addition to the banner of Vidhu Vinod Chopra or direction of Raj Kumar Hirani.
Posted by Souvik Chatterji at 7:26 AM