Shyamali became super hit due to brilliance of Ajoy Kar. 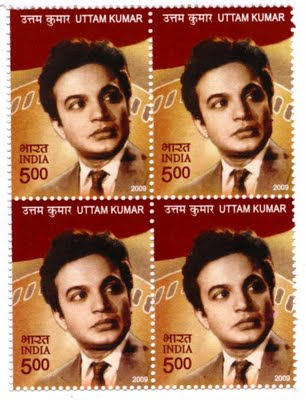 Shyamali became super hit due to brilliance of Ajoy Kar.

Ajoy Kar, the classic director of 50s and 60s experimented with classic literature of Ashapurna Debi in the film Shyamali. It was a great risk and there was possibility of the viewers not accepting the film. The reasons were obvious. The literature was read by entire Bengali community of the country.

But Uttam Kumar tried to convince her that his wife Kaberi Bose was still alive. When Uttam Kumar heard that Kaberi Bose’s mother Aparna Debi died and she slept with the photo of Uttam Kumar, he went to her house and brought her back. Uttam Kumar finally convinced Malina Debi that although Kaberi Bose could not speak, she could react to human actions, had a human mind full of feelings. She required her blessings to start a journey in the new family.

The film became super hit due to sheer brilliance of Ajoy Kar. Uttam Kumar, Kaberi Bose, Malina Debi, Anubha Gupta were all sublime in their respective roles. Malina Debi in fact outcast Sarajubala Debi who was a phenomenon in Bengali stage. The film should be restored to remind the viewers about a successful play being remade into film which featured the same level of excellence as depicted in the play.
Posted by Souvik Chatterji at 11:39 AM