The world remembers Michael Jackson- the other name of unlimited entertainment. 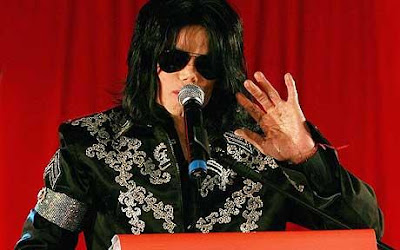 The world remembers Michael Jackson- the other name of unlimited entertainment.

Michael Jackson, the king of pop songs died one year back in June 2009. For most of the viewers and listeners of pop music and dance it was shock and disbelief. Although the master entertainer died he had left a huge treasure of music for his admirers all across the world. After one year of his death he still remains in the minds of numerous lovers of music and dance all across the world. He is remembered on his 1st death anniversary in different parts of the world.

Born in 1958, Michael Jackson stormed the world of pop songs with the Album “I wanted you back” at an age of 11 years. Although he was ill-treated by his father at an early age, he became the most popular pop singer and break dancer of the present age. In fact he took out the standard of popularity of Elvis Priestley, John Lennon, Frank Sinatra from evergreen albums to performers stage where he brought acting in his dance and music shows.

Michael Jackson was the seventh son of Joseph Jackson and Kathrene. In his numerous interviews Michael Jackson had repeatedly said that he never had a proper childhood. He was the lead singer in the band “Jackson five” where all his brothers and sisters performed with him. He had to perform in night clubs where sometimes there were events like striptease which had taken away his childhood.

He underwent plastic surgery and had feminine looks later on which was criticized from different quarters of the world. He married a number of times, converted himself into muslim, got involved in child molestation case, but it did not affect his dance and music. His last show would have been titled “this is it”, it was not completed as an album was supposed to have been completed with title and the music companies are facing huge debts.

Indians became great fans when Michael Jackson came to Mumbai and performed in the respective auditoriums. Those who had interacted with Michael said that he was a very down to earth human being. He was interested in charity and donated money for charitable institutions. His album “thriller” is still popular among Indians. Many teenagers still cannot forget Michael Jackson’s moonwalk.

He will remain in the minds of millions of admirers through albums like “heal the world”, why you wanna trip on me” to name a few. His admirers pray for peace for the departed soul.
Posted by Souvik Chatterji at 9:32 AM