Raavan had remained the greatest flop of the year. 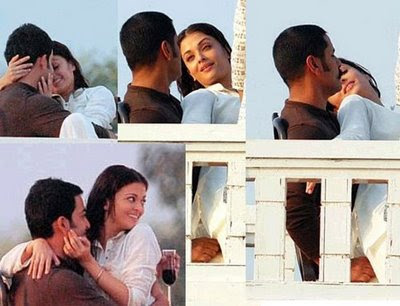 Raavan had remained the greatest flop of the year.

To the surprise of lot of critics, director Mani Ratnam’s film Raavan ended up being the greatest flop of the year. The film was released on 18th June, 2010. It was simultaneously released in Tamil as well with the title Raavanan. While the Tamil version had done good business, the hindi version was not accepted by the audience at all.

The film opened with Abhishek Bacchan jumping into water from a cliff. His gang distracted the police. The policemen were seduced and killed by the gang of Abhishek Bacchan. Aishwarya Rai was kidnapped by Abhishek Bacchan. He and his brothers Ravi Kishan and Nikhil Dwivedi almost ran a parallel government in the state. Although the police considered him terrorist, the villagers loved him.

Aishwarya Rai’s husband Vikram entered the jungle with the help of forest guard played by Govinda to release his wife. He managed to get his wife back, but Abhishek Bacchan did not kill only because he was the husband of Aishwarya Rai. But after returning back, he accused her of infidelity. At the end of the film Abhishek Bacchan was killed by the police when Vikram returned back with the police team.

The music was composed by AR Rehman. The songs “veera veera”, “behene de” had the AR Rehman touch but could not recreate the magic shown in the film Roja, 15 years back. The major reasons for the failure of the film lie in the taste of the viewers. Viewers these days are fed up of stories related to terrorism, naxalite movement, maoist attack, separatist movement, etc.

While those stories amazed the viewers at the beginning in the early 90s, when Roja became super hit, with gradual way of repeatation, these stories hardly astonished the viewers. Abhishek Bacchan, Vikram and Aishwarya Rai acted well. The leading actors can forget the fate of the film and can concentrate in their upcoming projects.
Posted by Souvik Chatterji at 12:19 PM