Prospect of Kareena Kapoor in 2010. 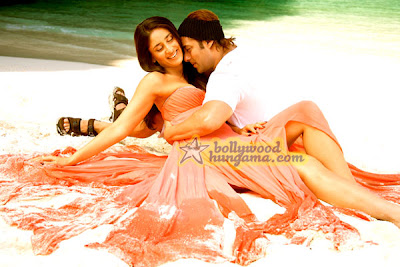 Prospect of Kareena Kapoor in 2010.

Kareena Kapoor has generally four competitors namely Katrina Kaif, Priyanka Chopra, Aishwarya Rai and Lara Dutta. She has an edge over the other actresses in terms of her acting potentiality which she had proved a number of times. But Katrina Kaif’s master luck had resulted in hits after hits, the latest one being Rajneeti.

But these days whenever any actress crosses 30 years, or gets married the producers and directors discard them. So the period of success of the leading actresses are getting reduced day by day. Madhuri Dixit ruled bollywood films for more than ten years. But after her retirement every year Indian celluloid saw a new reigning queen.

In 2009, Kareena’s film Kambakht Ishq did fantastic business. Kareena’s combination with Akhay Kumar entertained the viewers to a great extent. In the same year she acted opposite Amir Khan in film The Three Idiots and Salman Khan in the film Mai and Mrs. Khanna. The Three Idiots did a business worth 150 crores. The other film Kurbaan opposite Saif Ali Khan flopped inspite of Kareena Kapoor’s brilliant performance.

Kareena also has to face the fact that she is a bit older than Katrina Kaif or Priyanka Chopra, so obviously her demand will gradually go down. So she is inclined to sign meaningful films at the moment and try to maintain her steady market.

It is fact that Kareena Kapoor had pulled on the legacy of Raj Kapoor after Rishi Kapoor, as none of the sons of Shammi Kapoor or Shashi Kapoor could be successful in bollywood films. Wherever Kareena Kapoor even did dance numbers, her performance was appreciated. For example her performance in Don in the dance number “yeh mera dil pyar ka diwana” amazed the viewers.

In 2010 Kareena is acting opposite Shahid Kapoor again in the film Milenge Milenge. The viewers are looking forward to even better performance from Kareena Kapoor in 2010 itself.
Posted by Souvik Chatterji at 7:29 AM