Ray used Anil and Madhabi to perfection in Mahanagar. 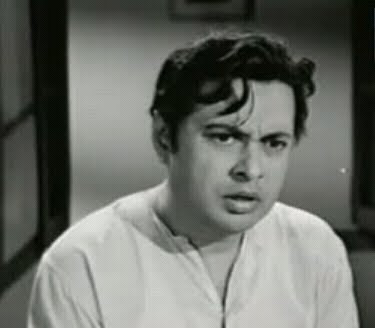 Ray used Anil and Madhabi to perfection in Mahanagar.

Oscar winning Director Satyajit Tay experimented with the classic story with which writer Narendra Nath Mitra wrote the transformation of middle class Bengali of Kolkata of the early 60s. Satyajit Ray’s film was released in 1965, when the view of the writer was a reality, considering the socio-economic condition of the metropolitan city.

The film did receive both positive reviews and international awards. In Mahanagar the central character who was the sole bread-earner of the joint Bengali family was played by Anil Chatterji . Anil Chatterji was a middle-class Bengali in Mahanagar, who was an employee in a private bank in Kolkata but struggled to fulfill the needs of his wife Madhabi Mukherjee, his father, mother, small child and younger sister played by Jaya Bacchan.

Anil Chatterji with his multi-dimentional talent succeeded to express the anxiety of the middle-class husband. At some stages he was harsh towards his wife played by Madabi Mukherjee. Anil Chatterji was very adjusting and considerate towards his wife at the beginning confronting the opposition by his father, who believed that a middle-class Bengali housewife should not go to the outer world to earn a living.

Madhabi Mukherjee had to look for employment and joined Haradhon Banerjee’s firm which promoted women’s domestic products. There was strong resistance from the family. Just like other conservative bengalies, Anil Chatterji’s father, a retired academician, never liked the housewife to do marketing and earn a living. He in fact stopped talking to Anil Chatterji after Madhabi Mukherjee joined office.

Additional characters were included in Mahanagar, like the character of an anglo-colleague who played the role of the friend of Madhabi Mukherjee who helped her to be professional. She was unethically sacked by Haradhon Banerjee, and for her cause Madhabi Mukherjee gave her resignation at the end of the film.

Jaya Bacchan did a decent job in her role of the sister of Anil Chatterji. In fact it was her debut, and she was fortunate to get a role in a film directed by Oscar Winning Maestro Satyajit Ray. When Madhabi Mukherjee went to give her resignation letter, Anil Chatterji asked her not to give it, as his company went for a lockout and he became jobless. But when Madhabi Mukherjee gave her resignation at the end of the film Anil Chatterji supported her and cooperated with her.

Both the husband and the wife had to earn to meet the requirements of the present day. That was the message given by the writer Naren Mitra. Satyajit Ray’s Mahanagar won many national and international awards. Satyajit Ray’s was a master of casting and he used the acting skills of Anil Chatterji and Madhabi Mukherjee in such a way that the viewers could identify themselves in their respective roles. The film should be preserved for realistic story, brilliant script, outstanding story-telling and meaningful acting.
Posted by Souvik Chatterji at 11:39 AM