Kali Banerjee was one of the most talented actors of golden age. 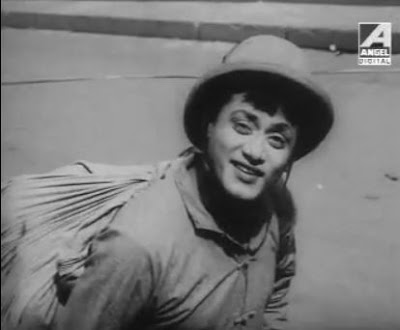 Kali Banerjee was one of the most talented actors of golden age.

Kali Banerjee was one of the most talented actors to grace the silver screen. Born in 1921, Kali Banerjee made his presence felt in Bengali films of the 50s, with impressive performance in the film Barjatri.

From that time he had acted in more than 200 films and every type of role possible at that time. He had been remembered for his epic performance in Agragami’s film Dakharkara in 1958. He was postman of a village and faced odds to convey letters, parcels telegrams to distant places. The last message he received was the message of death of his son who had joined the Indian armed forces , received a gold medal and died at the battle field. Tarashankar Banerjee’s classic literature was given adequate expression by Kali Banerjee.

He became the automatic choice of all the legendary directors of Bengal during the golden age. Hrithik Ghatak did cast him in his innovative film Ajantrik where he showed the abstract relationship of a man with a car. Mrinal Sen used him in his epic film Neel Akasher Neeche, where he played the role of a Chinese in Kolkata, who had left home to do business in the city. His emotional performances brought tears in the eyes of viewers. He was used by Satyajit Ray in his film Manihara and Parash Pathar, and he did a great job in both the films. He was used by Tapan Sinha in the film Arohi, where he played the role of a compounder who gave all his earnings for the higher education of the doctor’s son. The doctor was played by Bikash Roy and Kali Banerjee’s relationship with him amazed the viewers. The film was remade in hindi where Sanjeev Kumar played the role played by Kali Banerjee. He did a great job in Tarun Majumdar’s Dadar Kirti.

The modern generation remembers him for his brilliant performance in Anjan Choudhury’s film Guru Dakhhina in 1986. He played the role of music teacher of hero Tapas Pal who took the Guru Dakkhina under pressure of not allowing him to sing. But he took it back at the end of the film when Tapas Pal sang. He acted in bollywood films as well, including Hrishikesh Mukherjee’s film Bawarchi, which was the hindi remake of Tapan Sinha’s film Golpo Holeo Satti.

He also acted in many plays which were hosted in landmark halls in Kolkata including Arogyo Niketan, Khuda, etc. Most of these plays were made into films, but Kali Banerjee’s performances did outcast of the performances of the actors in the films.

He had the same style of acting gharana which was there in bollywood actor Sanjeev Kumar. He was cast in multifarious roles and still remains one of the most versatile actors of all times. His films and other works should be preserved.
Posted by Souvik Chatterji at 8:31 AM