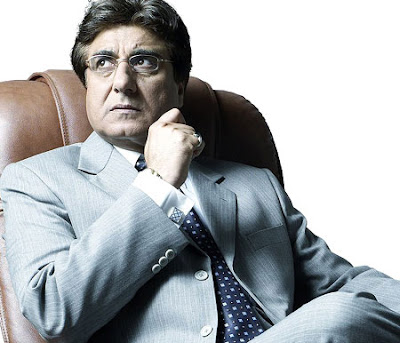 The viewers wish happy birthday to Raj Babbar, on 23rd June, 2010. He had been an indispensable figure in bollywood films during the last 25 years.

He was comfortable both in commercial films as well as parallel cinema. Viewers had found him in big hits like Mazdoor. He played the role of jobless engineer who was given huge break by Dilip Kumar. His performance opposite legendary actor Dilip Kumar created grand impression. He gave able lips in Jagjit Singh’s song “hoton se chulo tum” in the film Prem Geet released in early 80s.

He was remembered for his special performance in Ketan Mehta’ s film Mirch Masala opposite Smita Patil. He became immortal in his role in Raj Kumar Santoshi’s film Ghayal. He was killed by Amrish Puri, and his brother Sunny Deol took revenge against Amrish Puri’s men and Om Puri’s police force. The film did excellent business and became the greatest blockbuster of early 90s.

In the 90s, Raj Babbar, started a new innings in playing negative characters. He became even more successful in that venture. His performance in Bobby Deol’s film Barsaat in the role of the father of Twinkle Khanna was well appreciated by the audience and critics. He was brilliant in the role of a villain in Sanjay Dutt’s film Daag: The Fire. He played the role of the uncle of Chandrachud Singh who persuaded him in backing him up in his illegal business and the blame went in the name of Chandrachud Singh. He was killed at the end of the film by Sanjay Dutt. He was even brilliant opposite Madhuri Dixit and Rishi Kapoor in the film Yaarana.

He played the role of a leading villain in Sunny Deol’s film Ziddi. Not only his modulation of diaglogues impressed the viewers, his intelligent frame of thinking amazed the viewers. He also acted well in character role in JP Dutta’s film Refugee.

The viewers expect Raj Babbar to continue the great work that he started around 30 years ago.
Posted by Souvik Chatterji at 11:28 AM