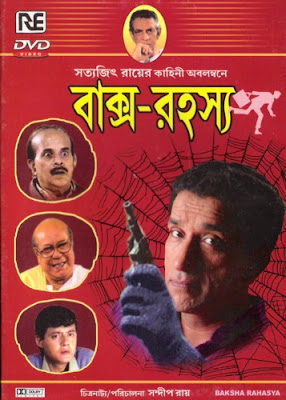 Sandip Ray had the huge challenge of satisfying the tastes of readers of Satyajit Ray’s detective stories while making the film Baksho Rahashya based on the epic literature of Satyajit Ray. Satyajit Ray previously made films based on Feluda stories including Sonar Kella and Joy Baba Felunath in the 70s.

After exchanging the bag in Shimla, Feluda was attacked by Pradip Mukherjee, the relative of Haradhon Banerjee. He kept a diamond in a kodak’s empty filmbox, which he coloured. He attacked Feluda to get it back. Feluda showed his daringness to manage him and get the diamond back. He was assaulted with a boomerang thrown by Jatayu.

The other complication arose out of a manuscript of a Book written by writer Shambhucharan who was famous for writing stories based on travel experiences. The manuscript was stolen by Mr. Pakrasi, who knew its value and who typed most of it in his type writer, as the book was unpublished and Mr. Shambhucharan’s copyright ended. Feluda to the book and the manuscript away and returned it to Haradhan Banerjee.

Feluda was attacked a number of times in the film, one time at Pretoria Street, the other times in hotel in New Delhi. The shooting of Sandip Ray in the hills of Shimla and Kufri was excellent. Although Rabi Ghosh could not match the expectation created by Santosh Dutta in the role of Jatayu, Sabyasachi Chakravarty did a great job in the role of Feluda.

The film should be preserved with English sub-titles to reach Satyajit Ray’s literature the international audience.
Posted by Souvik Chatterji at 11:26 AM