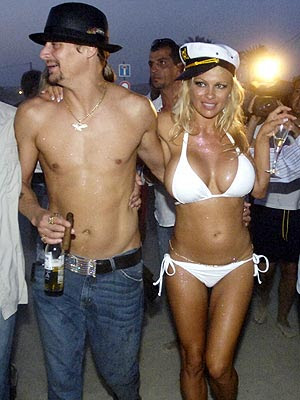 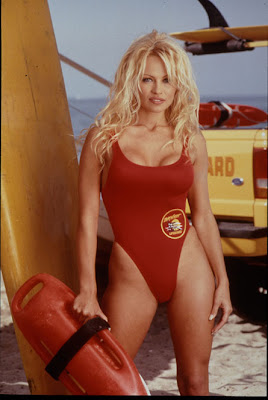 Pamela Anderson had remained as one of the successful actresses of Hollywood films. Born in July 1st, 1967, she became popular before the viewers with her TV serials Baywatch, VIP and Home Improvement.

She was born in Ladysmith, British Columbia. After graduating from Highland Secondary School in 1985, Anderson moved to Vancouver. She decided to model for Playboy Magazine. She went to Los Angeles and bagged the role of CJ Parker in Baywatch.

In 1996, she acted in the film Barb Wire. The film as modeled on the same storyline as that of Casablanca. So it did not get the box-office that was expected. In 2004, she released the book Star, co-written by Eric Shaw Quinn, which was related to the story of a teenager who wanted to become business.

In respect of her Hollywood films, she got scope of mainly thriller films like Snapdragon and Raw Justice in the early part of her career. After showing her potential in the films and TV shows, she was made an automatic choice in the thriller films Raw Justice and Naked Souls. Along with acting she had also shown her acrobatic stunts in these films.

Pamela had also acted in comedy films like Pauly Shore is Dead, Blonde and Blonder. Pamela was also involved in many forms of social work. She had been active member of animal protection organization People for the Ethical Treatment of Animals, (PETA). She also received the Linda McCartney Memorial award for animal rights protectors in 2003. Her protest was against the use of fur which was an animal product.

She had married famous drummer Tommy Lee. After divorce with him she married Schenkenberg and then Kid Rock after she got the divorce for the second marriage.

The viewers expect her to storm Hollywood films again with her film Hollywood and Wine in 2009.
Posted by Souvik Chatterji at 8:35 AM

U dont want to know said...

First para second line should be hollywood not bollywood. :)