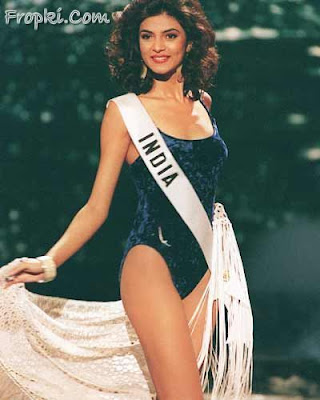 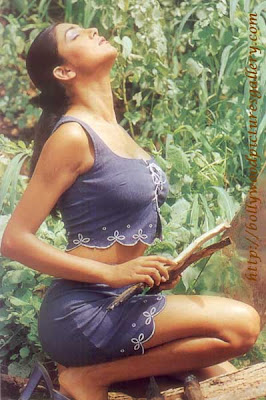 The viewers of bollywood films wish happy birthday to Sushmita Sen on 19th November, 2009. After creating a mark in the fashion world she made notable contribution in films as well. She won the Miss World Crown in the early 90s and at that time remained one of India’s best beauties along with Aishwarya Rai.

She had impressed the viewers with the film Mai Hoon Na opposite Shahrukh Khan. Shahrukh Khan came to find his own brother in an educational institution after a long time. Shahrukh Khan fell in love with Sushmita Sen in the film. The online chemistry appealed to the masses. Both of them gave able lips in the song “mai hoon na”. Zaid Khan, Amrita Rao and Sunil Shetty also did very well in the film.

She faced the glamour of Katrina Kaif in the film Maine Pyar Kyun Kiya, opposite Salman Khan and yet impressed the viewers with her unique performance. She was a nurse in the medical clinic of Salman Khan and she was asked to play the role of his first wife to satisfy Katrina Kaif. Salman Khan went on saying lies one after the other and Sushmita Sen had to help him for the wrongful cause. A time came when Sushmita could not bear any more. At the end of the film Salman Khan married her as she really loved him. Sushmita Sen gave brilliant lips in the song “laga laga laga re”.

Sushmita Sen also acted in challenging roles in films like Chingari, which were made for response from critics and Sushmita had shown her acting skills in these types of films. Her other successful films include Aaghaaz, opposite Sunil Shetty, where she played the role of police officer, Zor, opposite Sunny Deol, etc.

Both Sushmita Sen and Aishwarya Rai joined bollywood films more or less at the same time and there was an express competition between both of them as both had come from the fashion world.

Although Sushmita Sen showed her potentiality in many films and the films had done well in box-office, she was not as lucky as Aishwarya Rai in bagging the big banners of Subhash Ghai, Sanjay Leela Banshali, Ram Gopal Verma, etc. Sushmita has also appeared as judges in many dance competitions hosted in different TV Channels in recent years along with other celebrities like Wasim Akram and others.

The viewers still believe that Sushmita Sen has a lot of acting left in her and she can do even better in bollywood films in future including her film relating to Benazir Bhutto.
Posted by Souvik Chatterji at 7:49 AM