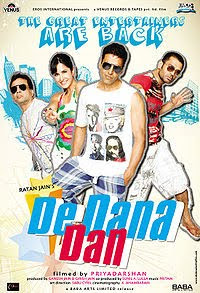 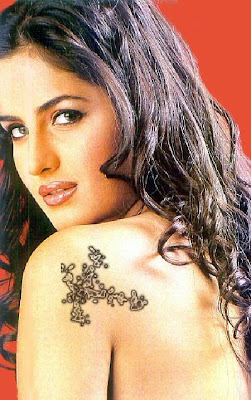 Katrina Kaif has a big expectation from the film De Dana Dan. There are few reasons for her expectation. Firstly with the passing of time the viewers question Katrina Kaif’s consistency in providing hit films. Secondly her pair with Akshay Kumar had always given hits including Namaste London, Welcome, Singh is Kinng, etc. So the acceptability of the pair is again questioned.

In response to the first issue, the critics, directors, producers and other involved in the entertainment industry will agree that it is not possible to give hits one after the other. Eminent market strategists like Raj Kapoor even suffered the consequences of flop films like Mera Naam Joker. With change of days, months, years, the tastes of viewers also differ. At one time during Big B’s domination, action films like Sholay, Zanjeer, Deewar, rocked bollywood films. But these days with exceptions most of the action suffers end up being flops.

Although Katrina Kaif acted in hit films one after the other like Race, Partner, Welcome, etc., those films which were released this year got mediocre market like Blue. The performance of Katrina Kaif was not an issue because she got a very small role and the major contribution was made by Akshay Kumar, Sanjay Dutt and Lara Dutta. Katrina had learned from bitter experiences that she requires few flop films to let the viewers also know it is inhuman on the part of any actress to give only hits and nothing else. But she bounced back with super hit film Ajab Prem Ki Gazab Kahani with romantic icon Ranbir Kapoor.

Katrina Kaif had one advantage. In face she had acted in the film De Dana Dan, which had been a comedy film. It is a sequel of the films Hera Pheri and Phir Hera Pheri. Both the previous films had been super hits. The combination of Sunil Shetty, Paresh Rawal and Akshay Kumar had rocked bollywood before.