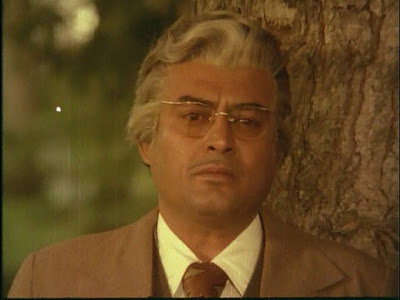 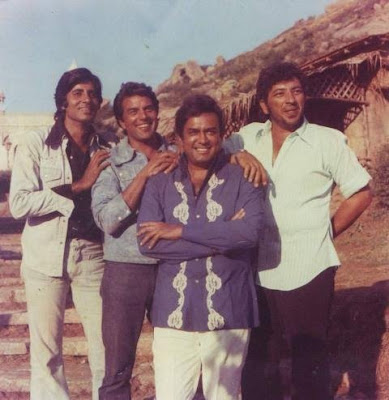 The viewers of bollywood films would remember Sanjeev Kumar on his birthday on 9th July, 2009. He was one of most gifted actors that bollywood films had produced and still remains immortal in his memorable works. He was sublime in the role of a deaf and dumb character in Gulzar’s film Koshish. He received national award for his brilliant performance and also inspired Jaya Bacchan to reach the same level of excellence in the film.

In Sholay he played the epic role of Thakur of north Indian village. His personality in the film amazed the Indian viewers and many aspects he superseded Dharmender and Big in the same film where they were sublime. His personality matched the cruel instincts of Amzad Khan in the role of Gabbar Singh in the same film. Again his role in the film Aandhi opposite Suchitra Sen in 1975, showed his softer side. He could feel the emotions of his wife who was a popular political leader but was corned by many members of the opposition. He received filmfare award for best actor in 1975 for his epic performance in Aandhi.

Gulzar probably had made the best use of the versatile actor. His role in the film Mausam was full of reflections. He recollected his past experience with Sharmila Tagore when his car ascended the roads to his destination in Darjeeling. Bhupinder Singh’s song “dil dhoonta hai phir wohi fursat ke raat din” written by Gulzar and composed by Madan Mohan matched him ideally. Probably Bhupinder Singh’s deep voice suited Sanjeev Kumar better than no other actor in bollywood . He gave elegant lips in the film Parichay in the song “bite na bitai rehna”.

Besides, Sanjeev Kumar kept his mark in comedy films like Seeta Aur Geeta opposite Hema Malini, also Angoor opposite Moushumi Chatterji. He was sublime also in films like Satyakam and Shikar. Critics argue that he was the most versatile actor after Dilip Kumar and Balraj Sahani and he showed his variation in films like Naya Din Nayi Raat. All the nine roles were different and Sanjeev Kumar treated each of the them with separate andaz. His role in Khilouna showed the characteristics of a mad person and was worth mentioning. He gave elegant lips in Rafi’s song “khilouna jaan kar mujhko”.

The works of Sanjeev Kumar should be preserved and actors of the new generation learn from his versatile performances.
Posted by Souvik Chatterji at 4:41 PM

this movie is too good