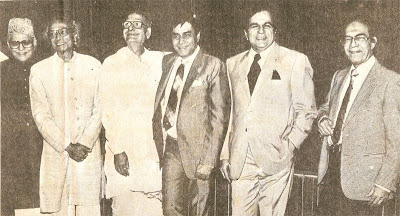 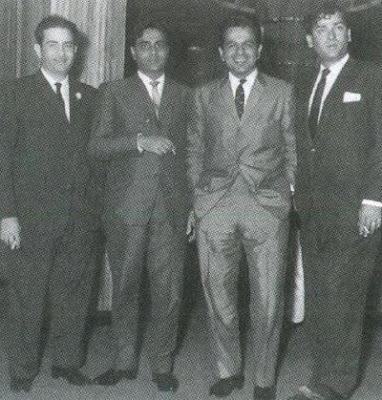 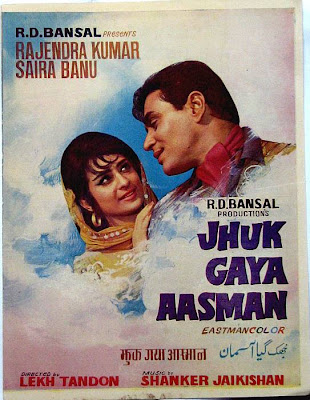 The viewers remember Jubilee Kumar Rajender Kumar on his birthday on 20th July, 2009. He had died few years back and his viewers all over India and outside India had mourned the death of the legendary romantic actor.

From 1963 to 1966, all his films celebrated silver jubilees. From that time he became Jubilee Kumar. His films were designed in the same lines as that of Dilip Kumar, and he was successful in getting appreciation of the refined viewers of the country. Right from Goonj Uthi Shehnai, he acted in roles which were sacrificing nature and most of the roles touched the hearts of the viewers. He was sublime in Mere Mehboob and Aarzoo opposite Sadhna, Dil Ek Mandir, Chirag Kahan Roshni Kahan, opposite Meena Kumari. He acted in many films opposite Vaijayantimala and most of them ended up becoming superhit films, including Zindagi, Sangam, Aas Ka Panchi, Ganwar, Suraj, Saathi, to name a few.

Rajender Kumar never received any filmfare award for his performance, but the viewers in India and abroad acknowledged his creditable performance in most of the films. His films should be revisited.
Posted by Souvik Chatterji at 2:13 PM

he was true legend .
greatest actor of indian cinema.

he was master of all geners.

I agree with wajahat and besides he was the most handsome actor in hindi movies.

He was sooo sooo good looking and wished was still alive...

Rajendra Kumar you will always live and romance our hearts...

Rajender Kumar was the most sophisticated romantic actor that bollywood films had produced.
It was a huge credit on the part of the actor to maintain the tragic andaz which was maintained by Dilip Kumar for more than 20 years.
Souvik Chatterji.

he was super-duper star.

Aap aye bahar aye,Awaz, are also some of his good works