The nation remembers Rafi on his death anniversary. 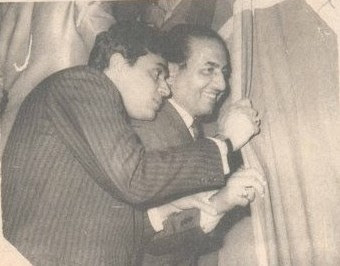 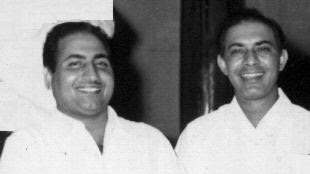 The nation remembers Rafi on his death anniversary.

The nation remembers Mohammad Rafi on his death anniversary on 31st july, 2009. It was a very painful experience for most of the music lovers of India and abroad to recollect the experience of 31st July, 1980. 29 years had passed since his death and yet time could not heal the wound inflicted in the hearts of numerous music lovers of the country.

He is still alive in the hearts of millions of Indians with his 26000 songs. He had given expression to almost all the leading stars of bollywood and also the poets and composers of the golden age. He had created such an invaluable treasure of songs most of which can be termed as masterpieces, that the listeners can cherish his work for ever.

In respect of Rafi lovers all across the world, there is one big challenge to unearth many unheard songs including Rafi’s private albums. A number of songs sung in the regional languages had been preserved, including Bengali songs like songs of Nazrul Islam. Songs like “alga korogo khopar badhon”, “pakhitar buke”, “ekhono biday bolona”, “tomar nil dopati chok”, “e jibone mor”, amused the Bengali audience as well.

The playback singers of the present age like Sonu Nigam, Udit Narayan and others pay immense respect to Mohammad Rafi and still consider him as the legend of legends in the field of music. Sonu Nigam in the program Mohammad Rafi resurrected tried to sing Rafi’s classics in Europe. The listeners realized that the singing of versatile singer Sonu Nigam even could not match Rafi’s level of excellence and as such most of his songs can challenge the leading singers of India and Pakistan even today. With change in demands of music at this present moment with pop, rap, western collections becoming prevalent, Rafi is probably the only legend of the 50s, 60s, and 70s whose songs had still remained young.

The listeners should revisit the songs of Rafi and restore the creations to pay homage to the noble soul who departed the music -lovers 29 years ago.
Posted by Souvik Chatterji at 3:56 PM