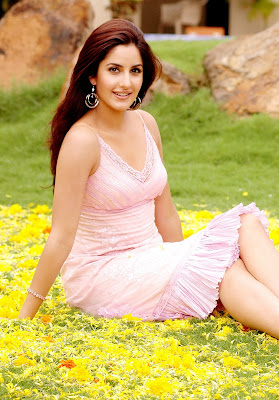 Yesterday, on 27th December, 2008, Lux Sabse Favourite Star Kaun awards were given. Stars like Deepika Padukone, Neha Dhupia, Akshay Kumar, Katrina Kaif and others performed on stage while the awards were given. Sajid Khan anchored the show with his wit and humour.

Although the awards were focused at the performance of 2008, when nominations were shown there were stars who did not contribute to bollywood substantially in 2008, yet were nominated as popular stars. In other words the performances of actors, actresses, comedians, composers and directors in the last few years were also taken into consideration while giving the awards.

Paresh Rawal received the best comedian awards surpassing Johny Lever, Rajpal Yadav and Govinda who were also nominated for the award. Chunkey Pandey announced the award. Paresh Rawal had shown his versatility in many types of films including Sardar, Hera Pheri, Malamaal Weekly, Tamanna, to name a few, and he is considered as one of intellectual actors of modern films. Even if he did not receive the award he would still have been considered a versatile actor after Om Puri and Naseeruddin Shah.

Katrina Kaif received the best actress or heroine award for the year. She got it as against Kareena Kapoor, Rani Mukherjee, Aishwarya Rai, etc., who were also nominated for the award. Katrina Kaif had worked very hard to develop her hindi, and after blockbusters one after the other like Maine Pyar Kyun Kiya, Namaste London, Welcome, Partner, Race, Singh is Kinng, etc., she is the uncrowned queen of bollywood at the moment. It was strange that Priyanka Chopra after performing in so many films like Fashion, Dostana, Chamku, God Tussi Great Ho, did not get a nomination at all. Viewers expect her to get nominated under that category when the filmfare awards will be announced next year.

Akshay Kumar received the award for the best actor (hero) as against Salman Khan, Shahukh Khan, Amir Khan and Big B. After a long time he received the recognition for his hard work. He sang a rap song also from the film Chandni Chowk to China.

Deepika Padukone received the best new-comer award against Ranbir Kapoor and Kangana Ranaut. She had stormed bollywood with the superlative performance in the film Om Shanti Om. Her performance was equally outstanding in Bacchna Aye Haseeno. Viewers are interested to see her martial art in Chandi Chowk to China.

In a nutshell the awards are just a beginning of recognition of some of the leading stars of bollywood. Composers like Vishal Shekhar, Pritam are yet to open their account in filmfare award and are expected to provide strong challenge to AR Rehman, Shankar –Ehsaan – Loy, Anu Malik next year. Whenever new actors and actresses and technicians receive awards bollywood gets more variety and encouragement for better performances. Lets hope the filmfare awards will be different this year from other years.
Posted by Souvik Chatterji at 8:32 AM