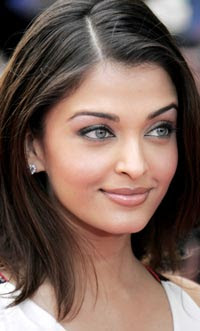 Aishwarya Rai, one of the most popular actresses on international stage had not made her presence felt in bollywood films to that extent this year. Although her first film in this year titled Jodha Akbar with Hrithik Roshan became superhit, she had not been in silver screen after the release of the film Sarkar Raj with Big B and Abhishek Bacchan.

Karan Johar offered the role of Priyanka Chopra to Aishwarya Rai in the film Dostana. Now that Dostana had become super hit, Aishwarya Rai had faced questions on why she refused the role where she had the privilege of acting opposite Abhishek Bacchan and John Abraham.Besides Aishwarya Rai’s glamourous figure could have dazzled in the exotic locations of Miami Beach that had been shot in the film Dostana. In many interviews she disclosed the fact that after her marriage she required some break before contributing seriously in Indian and Hollywood films.

In her recent interview before S. Ramchandran, Aishwarya Rai disclosed the fact that she had presently remained busy with the films Robot, Raavan with director Mani Ratnam and thinking in respect of projects of Vipul Shah and Sanjay Leela Banshali. But more than that she spoke about the film Pink Panther where she played a significant role.

The film Pink Panther was based on the story relating to an Inspector Jacques Clouseau, played by Steve Martin. A number of stars had acted in the film. It included Andy Garcia, Yuki Matsuzaki, Alfred Molina and others. Ofcourse Aishwarya Rai had played a major role in the film.

As the film was related to comedy story, powerful actor Jeremy Irons had accelerated the pace of the film. The film had catered to the expectations of international audience and in that respect Aishwarya Rai had been very optimistic about the success of the film. As she had acted in many Hollywood films including Pride and Prejudice she felt that her performance had a universal appeal which could address any section of the audience.

Besides the popularity of Aishwarya Rai abroad had remained beyond any shadow of doubt as she is the only Indian actress whose wax statue had been created in Madame Tussadd’s Musuem in London. The other Indian actors whose statues are made in that museum include Salman Khan, Shahrukh Khan and Big B.

Returning back to the domination of Aishwarya Rai in Indian films, 2008 had not been a year of Ash as Katrina Kaif and Priyanka Chopra stole the show with many numbers of hit films and performance in big budget films. Although the filmfare awards had not been announced and there may be chance of other actresses of creating an impression, Aishwarya Rai had not fulfilled the wishes of her numerous Indian fans.

But with success in International films Aishwarya Rai has ample capability of making her presence felt on international arena and competing against the new actresses in the following years as she had started working seriously in bollywood films once again and her maturity in acting will contribute a lot in the films in future.
Posted by Souvik Chatterji at 3:46 PM