Ranbir Kapoor came to Darjeeling for shooting of film Barfi. 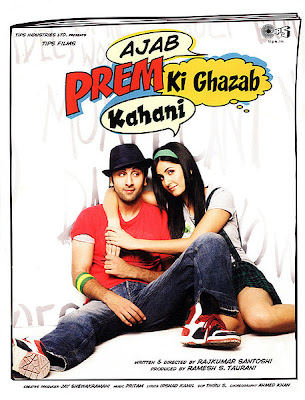 Ranbir Kapoor came to Darjeeling for shooting of film Barfi.

Superstar Ranbir Kapoor came to Darjeeling in West Bengal to shoot for his new film Barfi. The film is being directed by Anurag Basu.

Very significantly the last time, any bollywood film was being shot in Darjeeling was in 2004, that was for the film Parineeta, directed by Pradeep Sarkar. After that the resentment in the hills, including Darjeeling, Kalimpong, Lava, Lolegaon, Rishop, Kurseong, and other places, led to producers and directors from bollywood industry started shooting in other tourist destinations leaving West Bengal.

It was very sad for the local people. The Himalayas, in the northern part of West Bengal had attracted, huge number of directors from bollywood over the past. The prominent films that were shot in Darjeeling, Mirik, Kalimpong, included Satjyajit Ray’s Kanchenjungha, Gulzar’s Mausam, Shakti Shamanta’s Barsaat Ki Ek Raat, etc.

The change of power in West Bengal, and the arrival of Chief Minister Mamta Banerjee, had sorted out the resentment that existed in the hills. Whenever law and order gets disturbed in any part of the world, directors, producers cannot take the risk of shooting in those places at the cost of the unit. It is a very welcome step that Anurag Basu had shot part of the film Barfi.
Ranbir Kapoor had given super hit films in the past including Ajab Prem Ki Gazab Kahani, Wake Up Sid and Rajneeti. The viewers expect a great film from the team of Anurag Basu and Ranbir Kapoor
Posted by Souvik Chatterji at 11:11 AM